Italy-based spyware maker HT, or Hacking Team, was awarded nominal damages of $1,000 in its suit against a former employee, after the High Court yesterday rejected its claim for more than €6 million (S$9.15 million) in damages.

The cyber-security company was also ordered to pay about $25,000 to Singaporean Woon Wee Shuo, who won his counter-suit against his former employer for unpaid salary and expenses.

Mr Woon, who is also known as Serge, started work at HT as a security specialist in October 2012. He resigned in January 2015.

In April 2015, he was given a consulting agreement with ReaQta, a company incorporated in Malta that was co-founded by another former HT software engineer, Mr Alberto Pelliccione.

ReaQta develops "defensive" software that allows users to protect their devices against malware like HT's software.

Mr Woon said he started working "informally" for ReaQta and formally signed the agreement only in October 2015.

In May 2015, HT sued Mr Woon for breaching his employment agreement. HT, represented by Mr Adrian Tan, claimed Mr Woon breached clauses that forbid an employee from working for another company and from joining a competitor within a year of leaving HT.

The firm alleged that while he was still employed by HT, Mr Woon was marketing ReaQta and holding himself out as its Asia-Pacific representative and co-founder.

Mr Woon, who was represented by Mr Choo Zheng Xi, denied that he was working for ReaQta while employed by HT. He also argued that ReaQta did not fall within the definition of a competitor under the employment agreement.

He counter-claimed for more than $25,000 in unpaid salary from Feb 6 to March 20, 2015, Central Provident Fund (CPF) contributions and expenses.

In her written judgment, Justice Hoo Sheau Peng found that Mr Woon had been engaged in the business of ReaQta while employed by HT, although she noted the two companies were not competitors.

The clearest evidence of this, she said, was Mr Woon's participation in a presentation to a prospective client of ReaQta of its product. Furthermore, he had been using an official ReaQta e-mail account since November 2014.

Justice Hoo said Mr Woon was engaging in activity that harmed his existing employer because the objective of ReaQta's product was to neutralise HT's software.

As for the non-competition clause, the judge ruled it was void and unenforceable. 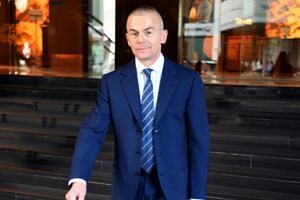 Such a clause is meant to protect a company's business from being poached after an employee leaves, she noted. It was unreasonable to stretch the clause to restrain an employee from engaging in business with another employer, said the judge.

HT sought damages of more than €6 million, claiming its business reputation had been damaged and that it had to rewrite its software from scratch. It also blamed Mr Woon for a loss of profits in the Asia-Pacific region.

Justice Hoo, however, said HT had not proven its losses. She awarded nominal damages to recognise that HT's legal right had been infringed without giving it any right to real damages.