A jobless man was jailed yesterday for his role in offences linked to a crime syndicate that perpetrated what has been described as the largest case of fraud against a public institution here.

He was sentenced to two years and nine months' jail after pleading guilty to three money-laundering charges involving nearly $900,000. Two other charges linked to the remaining amount were taken into consideration during sentencing.

The syndicate used nine Singapore-registered firms in the scam. These nine dormant entities submitted a total of 8,386 fraudulent course fee grant applications and a corresponding 8,391 claims to SSG between May and October 2017.

About $39.9 million was disbursed by SSG to the entities, said Deputy Public Prosecutor Ivan Chua. The court was told Manickam first met his alleged accomplice, Vincent Peter, 50, in 2011 and they became friends.

The DPP added that in September 2017, Vincent asked Manickam if he wanted to work for him. Manickam, who accepted the offer, was promised an unspecified sum. 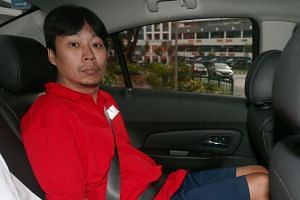 Court documents showed Vincent gave him two cheques for a total of $760,000 on Sept 12 that year and asked him to encash them at a Maybank outlet in Holland Village. Manickam did so and received $20 after giving $760,000 in cash to Vincent.

A week later, Manickam encashed a third cheque for $129,000 at a Maybank outlet in Ang Mo Kio before giving the money to Vincent. The three cheques were issued from the accounts of two firms, Kylin Consultants and KKL Firm.

SSG later found out that the nine companies had made an "abnormally high number" of course fee grant claim submissions, and it alerted the police on Nov 1, 2017.

Two other men linked to the scam - Lee Chi Wai, 32, and Roger Quek Si Guang, 33 - had earlier also been jailed for money-laundering. In April, a 45-year-old Chinese national, Tang Cheng, was jailed for six weeks and fined $15,000 for helping to remit to China nearly $400,000 in proceeds linked to the scam. The cases involving Vincent and other alleged members of the syndicate are still pending.