SINGAPORE - A 17-year-old Singaporean is being investigated by the police for allegedly making religiously offensive remarks online.

In a statement on Saturday (Dec 12), the Singapore Police Force said that reports had been lodged against the youth, in connection to those remarks.

The Straits Times understands that the person in question is teen blogger Amos Yee.

Yee was convicted on May 12 and found guilty of wounding the feelings of Christians in a video as well as uploading an obscene image onto his blog.

He had uploaded an expletive-laden video on March 27, four days after the death of Mr Lee Kuan Yew, where he compared the founding Prime Minister to Jesus Christ, describing both as "power hungry and malicious".

He later also posted an image on his blog, in which the faces of Mr Lee and former British premier Margaret Thatcher were superimposed on a line drawing of two people engaging in a sex act. 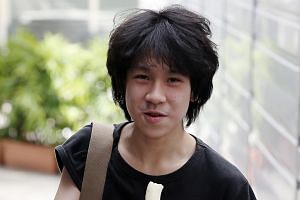 He spent about 50 days in remand as he breached his bail conditions on three occasions. He was sentenced on July 6 to four weeks' jail, where he was released the day he was sentenced after the punishment was backdated to include his time in remand.

Since then, he has uploaded several posts on his blog over the past four months.

In one of his latest posts on Nov 27, Amos uploaded a post on his personal blog which made reference to former Nominated MP Calvin Cheng and Islam.