This was during a pre-trial conference on Thursday, and it brought the total number of charges he faces to 28.

One of the fresh charges accuses Chew, 33, of insulting behaviour towards a customer, Ms Zou Jing Tong. He is accused of subjecting the woman, from China, to picking up coins amounting to $547 from the floor, with intent to cause her distress.

The money was in part satisfaction of an order made by the Small Claims Tribunal. 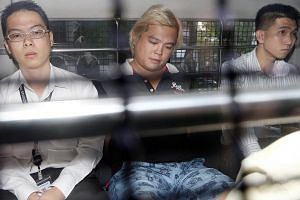 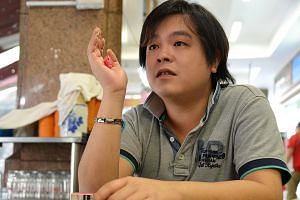 The other charge states that Chew and his ex-employee, Kam Kok Keong, 31, conspired to cheat walk-in customers between December 2013 and Sept 24 last year.

The charge further says that on Sept 24 last year, Kam tricked Ms Zou into believing that an iPhone 6 plus would be sold to her at $1,600 when he knew to be false, thus inducing Ms Zou to hand over the money to him.

Kam was also slapped with a similar charge involving Ms Zou. He now faces nine charges in all.

Besides cheating, Chew has also been accused of criminal intimidation by threatening to have a victim's work permit revoked.

Three other staff members of Mobile Air have also been hauled to court for abetment by conspiracy to cheat and dishonestly inducing delivery of property.

Mobile Air gained notoriety after Vietnamese tourist Pham Van Thoai was seen kneeling and pleading for his money in a video which went viral last November.

The factory worker alleged that he had been quoted a price of $950 for an iPhone 6, but was later asked to fork out an additional $1,500 for a warranty.

The maximum penalty for cheating is 10 years' jail and a fine.

The five men's next pre-trial conference is on Aug 27. They are all on bail.