Teen blogger Amos Yee was yesterday sentenced to four weeks' jail and, with his sentence backdated, the 16-year-old was able to walk free from the State Courts after having spent some 50 days in remand.

The sentence meted out marked the end of a saga that began in late March, when Yee made offensive remarks against Christianity in an expletive-laden video and uploaded an obscene image on his blog.

He was convicted on both charges by District Judge Jasvender Kaur on May 12, after a two-day trial.

But his sentence was delayed after he refused to be assessed for probation. He also made his offending posts public again, prompting the prosecution to ask that he be assessed for reformative training.

Later, he was remanded at the Institute of Mental Health (IMH) after a psychiatric assessment suggested that he had autism spectrum disorder. 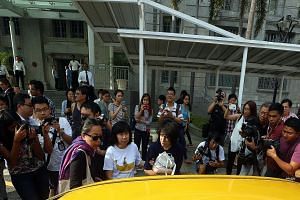 The changing faces of Amos Yee

Yesterday, Deputy Public Prosecutor Hay Hung Chun called for a lighter one-day jail term, citing "a seismic change of attitude", with Yee now remorseful and agreeable to undergo counselling with a psychiatrist. Yee had voluntarily removed the offending posts on June 23 and promised not to re-offend.

"I do hope that you would rethink long and hard your decision not to continue with your formal education," she said. "There are a few dropout success stories, but they are the very lucky few."

In her oral grounds of decision, the judge said that "while the particular offences are not the most serious offences, they are not trivial".

But she took into account Yee's "young age, his lack of maturity of thought and that this is his first conviction before the courts". 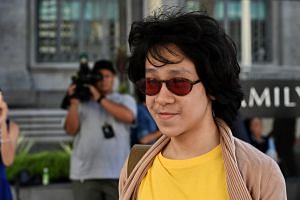 She also said it was "significant" that in his interview with IMH psychiatrist Cai Yi Ming, Yee "promised not to re-offend as he realised what he did was against the law and could disrupt social harmony".

Dr Cai's report stated that Yee does not suffer from any mental disorder, but would benefit from having a counsellor or mentor guide him in using the Internet.

He also recommended that Yee continue with formal education so that he has the opportunity to socialise with his peers, and further suggested that his family undergo family counselling to improve their relationship.

Yee seemed downcast and dazed as he left the court at about 5.15pm yesterday. Outside the court, his father, computer engineer Alphonsus Yee, told reporters in Mandarin: "I respect the judge's sentence."

Yee's lawyer, Mr Alfred Dodwell, said he would be appealing against both conviction and sentence, based on his client's instructions.