SINGAPORE - A 57-year-old Singaporean woman based here was involved in the largest bribery and fraud conspiracy in the history of the United States Navy.

The scandal involved some US$35 million (S$48 million) and resulted in the arrest and conviction of several senior officers of the US Navy.

Sharon Rachael Gursharan Kaur was in court on Thursday (June 21) as the prosecution made its submissions for her to be jailed for at least three years and seven months.

Deputy Public Prosecutor Jiang Ke-Yue said that as a senior employee of the US government, Kaur's conduct "fell far short of the high standards of integrity demanded of her public office and flagrantly abused her position for substantial personal gain".

Kaur, who was hired as a lead contract specialist for the US Navy, was based at its Supply Systems Command Fleet Logistics Centre in Singapore.

The court heard she received more than S$130,000 in bribes from the Malaysian chief executive of Glenn Defense Marine Asia (GDMA), a company incorporated in Singapore that provided goods and services for American ships in at least a dozen countries in Asia.

The CEO, Leonard Glenn Francis, who is in his 50s, was also known to several US Navy personnel as Fat Leonard. 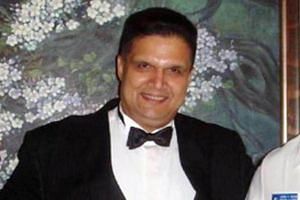 Case of Singapore-based contractor 'Fat Leonard', who cheated the US Navy, continues to expand

Who is 'Fat Leonard'?

Kaur accepted the bribes between 2006 and 2011 as a reward for giving Francis information about the US Navy that was not available to the public.

Defence counsel Suresh Damodara urged the court on Thursday to consider judicial mercy and not send his client to jail. Alternatively, he pleaded for "minimal sentences" to be imposed.

He told District Judge Shaiffudin Saruwan that Kaur was diagnosed with ovarian cancer and went through total hysterectomy in late 2016.

Mr Damodara said: "Despite currently being in remission, under normal situations, our client faces a 10 to 15 per cent chance of relapse... Conditions of incarceration will be a stressor for our client to the extent that it could very well exacerbate our client's medical condition leading to a relapse... which would be life-threatening for our client."

Kaur had pleaded guilty to three corruption charges and one count of dealing with the benefits of her criminal activities on June 30 last year. Five other charges for similar offences were considered during sentencing.

Kaur started her career with the US Navy as a procurement assistant in 1989. DPP Jiang said by the time she met Francis, she was a contract specialist.

They interacted even more when she was promoted to the lead contract specialist post in 2006. Her job included developing contract requirements and conducting pre-award market surveys.

From then until 2013, she would disclose to Francis procurement-sensitive data and price information of his firm's competitors. As a result, he was able to prepare more competitive bids to secure lucrative contracts with the US Navy.

The court heard that the information she leaked was linked to 16 US Navy contracts. GDMA submitted bids for 14 of them and was awarded 11 contracts worth some US$48 million in total.

In exchange for the information, Francis gave her a hamper containing food items and a red packet filled with 50 pieces of S$1,000 notes in December 2008 as a "Christmas bonus".

The following year, she received from him an envelope containing another 50 pieces of S$1,000 notes. She used the money to pay a 5 per cent option fee for a condominium unit at Double Bay Residences in Simei worth more than S$1 million.

Francis pleaded guilty to his offences in the US on Jan 15, 2015, and remains in custody there. He faces a maximum jail term of 25 years and has since agreed to forfeit US$35 million in personal assets.

Francis was lavish in showering US Navy officers and civilian contractors with bribes for almost a decade - from meals of suckling pig and the services of prostitutes to cash gifts and designer furniture.

DPP Jiang said more than 10 US Navy officials have since pleaded guilty in the US to their roles in the scandal.

They include US Navy commander Bobby Pitts, who was in charge of the Fleet Industrial Supply Command in Singapore, and retired Rear-Admiral Robert Gilbeau. Both men were sentenced to 1½ years' jail last year.