SINGAPORE - Victims lost more than $28,000 in 2018 after they were tricked into buying software for fake computer virus infections, police said on Tuesday (Jan 22).

Latest figures released by the police also showed that at least four reports of such tech support scams have been made in the first month of this year.

In some of the cases, victims were told to provide their credit or debit card information, which was used to make unauthorised charges.

There have been at least two variants of such scams, said police, who have cautioned the public against falling for such tricks.

They are then provided with a toll-free telephone number to contact to resolve the issue.

During the call, victims speak to operators claiming to be from employees from tech companies such as Microsoft or Apple.

The victims are then directed to a website and advised to download an application or enter commands into their computers.

These actions allow scammers to gain remote access to the victims' computers, which they can then control.

In the second variant of the scam, victims receive unsolicited calls from individuals informing them that their bank account details have been compromised.

They are also told that money has been transferred out of their accounts. 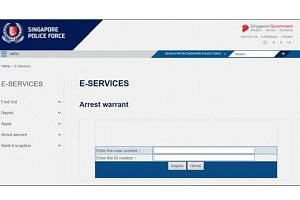 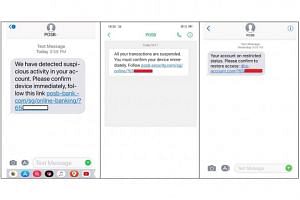 Victims are then similarly told to download an application or software to allow the caller to gain access to the victims' computers, so that they could receive help.

In most of the cases, the scammers told victims that they needed to purchase "anti-virus software" to fix their computers.

The victims are asked to transfer money or provide personal particulars, such as their NRIC number as well as credit and debit card details, to facilitate the purchase.

The scammers then make unauthorised transactions using the credit or debit card details.

In some cases, victims have also allowed the scammers to access their e-mail accounts by providing their passwords.

This allowed the scammers to misuse their e-mail accounts to commit other scams.

The police have advised the public to adopt the following preventive measures:

Those who wish to provide information on such scams should call the police hotline on 1800-255-0000, or submit it online at www.police.gov.sg/iwitness

To seek scam-related advice, the public may call the anti-scam helpline on 1800-722-6688 or visit www.scamalert.sg