SINGAPORE - A 52-year-old man was charged in court on Wednesday (March 15) with robbery and attempted aggravated rape.

Isa Ahmad is accused of attempting to rape a 27-year-old woman in a room at the Hilton Hotel at Orchard Road between 11.29am and 11.33am on Sunday (March 12).

She cannot be named due to a gag order.

About six hours later, he allegedly went into a lift at the nearby Tang Plaza and robbed a woman, Ms Wai Wai, 48, of an Apple iPhone 6. On Wednesday, the court heard that Isa is believed to be involved in other cases, but no details were revealed about them.

In a release on Tuesday evening, the police said they were alerted to the attempted rape at around 12.50pm on Sunday. 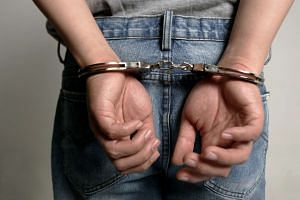 They added that the woman struggled with her assailant and he fled the room.

Officers received a report about the robbery at around 6pm while investigations into the attempted rape were ongoing.

They arrested him within 24 hours of the first report.

Isa, who was unrepresented, will be back in court next Wednesday (March 22).

If he is convicted of attempted aggravated rape, he can be jailed for up to 20 years.

If he is convicted of robbery, he can be jailed between five and 20 years.

Isa cannot be caned as he is above 50 years old.