A dormitory operator is suing JLC Advisors - the law firm at the centre of a saga on missing monies amounting to $33 million - over a $5 million loan.

In the lawsuit, Aik Chuan Construction said JLC managing partner Jeffrey Ong Su Aun had asked for the loan in July last year for the "operational needs" of his law firm.

Aik Chuan Construction, which is represented by Engelin Teh Practice, is seeking to recover $3 million, which it says is the unpaid amount of the loan despite repeated demands.

Ong and JLC made headlines in May after $33 million parked with the law firm, belonging to a precision engineering company, went missing.

In a bourse filing on May 23, Catalist-listed Allied Technologies said the $33 million, deposited in an escrow account with JLC, is believed to have been paid out on the instructions of Ong. A day earlier, Allied Technologies announced it would be calling off its proposed acquisition of Aik Chuan Construction and its subsidiaries.

Ong, who had left Singapore via the Tuas Checkpoint on May 13, was caught in Malaysia on May 29. He was found with a stolen Malaysian passport issued to a man of around the same age who bore some resemblance to him. 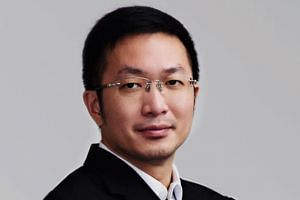 Who is the lawyer at the centre of $33 million payout saga?

He was taken back to Singapore on May 30 and is now remanded in custody on cheating and forgery charges.

On June 27, Aik Chuan Construction sued JLC over the loan.

Court documents filed by the builder say its managing director Lim Yew Ming had verbally agreed to lend JLC $5 million at a meeting with Ong and two other Aik Chuan Construction representatives on July 9 last year.

On the same day, a $5 million cheque issued by Aik Chuan Construction was made out to JLC and handed to Ong, who indicated the sum will be fully repaid in a month, said the filing.

Aik Chuan Construction said on Aug 6 last year, Mr Lim sent a text message to Ong, asking about repayment. Ong called him the next day, saying JLC would be able to make only partial repayment for the time being.

Later that month, JLC issued a $2 million cheque to Aik Chuan Construction. On Sept 14, Ong gave a written acknowledgement of the outstanding debt of $3 million, said the court documents.

Through its lawyers, Aik Chuan Construction demanded repayment on May 24 and June 19 this year. A pre-trial conference for the lawsuit is scheduled on Aug 8.