SINGAPORE - More than a month after a five-judge Court of Appeal threw out a bid by convicted murderer Jabing Kho to quash his death sentence and expressed concern about a rise in such bids to reopen "final" decisions, the Sarawakian was back in the same court making yet another eleventh-hour attempt to escape the gallows.

This time, Kho, who is scheduled to be hanged on Friday (May 20), failed again. The apex court unanimously dismissed the application.

Kho was represented this time by lawyer Gino Hardial Singh, who told the court on Thursday afternoon that he was instructed by Kho's sister to argue the case "less than 48 hours ago". 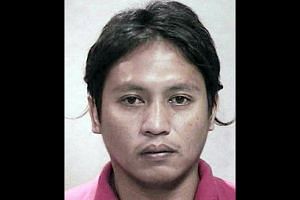 The lawyer also acknowledged that he was cognisant of the apex court's concerns about the finality of court proceedings.

Mr Singh argued that the decision to sentence Kho to death was tainted by apparent bias as Judge of Appeal Andrew Phang had sat on the panel of three judges that heard Kho's appeal against his murder conviction in 2011, as well as the panel of five judges in 2015 that sentenced him to death.

In 2008, Kho bludgeoned Chinese national Cao Ruyin, 40, with a tree branch while robbing him, together with an accomplice, near Geylang Drive. Mr Cao, who suffered multiple skull fractures, died from his injuries six days later.

Kho was found guilty of murder in 2010 and given the then mandatory death penalty. He appealed against conviction and failed. Justice Phang was one of the appeal judges.

He was re-sentenced to life imprisonment and caning by the High Court in 2013, after the law was changed to give judges the discretion to opt for a life term for murder with no intention to cause death.

But the prosecution appealed, arguing that Kho's vicious crime warranted the death penalty.

In January last year, the five-judge appeal court delivered a 3-2 decision to send Kho to the gallows. Justice Phang was one of the judges.

On Thursday, Mr Singh's arguments on apparent bias cut no ice with the apex court.

Judge of Appeal Chao Hick Tin asked why Mr Singh could accept Kho being re-sentenced by the same judge that convicted him but felt that it was not in order for Justice Phang to be involved in the appeal stage for both conviction and re-sentencing.

Justice Phang pointed out that conviction and sentence are "part of an inextricable whole, you can't divorce them".

In Kho's case, the appeals for conviction and sentence were heard separately only because of the introduction of the new law on discretionary death penalty.

If the amended law had been in place at the time of Kho's first appeal, the same panel of judges would be hearing the issues of conviction and sentence, he said.

"I know you are trying your best to argue on behalf of your client but you need to be fair, objective and logical as well," he told Mr Singh.

Deputy Public Prosecutor Francis Ng argued that Justice Phang was not making the same decision again when he sat on the second appeal.