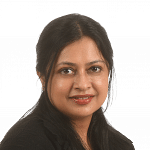 Investigations have begun in the hometown of one of the 14 repatriated workers jailed in Bangladesh.

Abdul Ali is being investigated by police in his hometown of Chuadanga, Bengali newspaper Bhorer Kagoj reported on Saturday (Jan 23).

Fourteen of the 27 radicalised Bangladeshis arrested under Singapore's Internal Security Act were jailed in their home country after they were repatriated.

A Dhaka court sent them to jail under the Anti-Terrorism Act on Dec 27 last year, reported the Daily Star, the leading English daily in Bangladesh.

Inspector Mustafa Anwar, who was the investigation officer of the case, told the court that they were directly or indirectly involved in terror activities and making attempts to create anarchy in the country.

Since Abdul Ali mostly resided in Dhaka, preliminary investigations in Chuadanga, his hometown, had not revealed much, the newspaper quoted Senior Assistant Police Superintendent Shafi Ullah as saying on Friday.

However, a terror-linked case has been found registered against his name in Tongi police station, in Dhaka. It shows him having been arrested for this case.

Based on that report, police in Chuadanga have resumed questioning his family members and associates.

Ali, 40, is one of the men arrested by Bangladesh police last month. The report says police in his hometown only decided to restart investigations on him on Friday (Jan 22), after his mug shot appeared in the papers on Thursday.

Ali spent nine years working in Saudi Arabia before returning home and then moving on to Singapore a year later.

He spent 10 years in Singapore, according to the report.

Despite having spent close to 20 years overseas, his family's condition did not improve significantly back home, neighbours told the newspaper.

His wife Rekha Khatun said that they had not been able to contact him since the first week of December. A friend of Ali later informed them about his arrest.

Newspapers and television channels in Bangladesh have been following the news of the arrests and deportation of the Bangladeshi workers since Wednesday (Jan 20).

It was on the front page of every newspaper on Thursday, and one of the top news items in all 26 television news channels on Wednesday, Naem Nizam, editor of Protidin, the largest circulated Bengali daily in Bangladesh, told The Straits Times.

News of the imprisonment of the 14 repatriated workers first broke in December in Bangladesh.

Fardaus Mobarak, Asia News Network co-ordinator for the Daily Star, told The Straits Times the news was picked up by the paper's court reporter through regular court briefings and it was treated as "an ordinary news story."

They did not have any information on the arrival or arrests of the men at that time.

Trying to piece a timeline from the various reports is difficult, as the arrival date, and the information about their arrests in Bangladesh remain unclear.

According to the Ministry of Home Affairs, the men, who were working in the construction industry in Singapore, were detained between Nov 16 and Dec 1 last year.

The Daily Star article on Wednesday quoted Mashrukure Rahman, deputy commissioner (South Division) of Detective Branch at Dhaka Metropolitan Police, as saying that of the 26 deportees, 14 returned on December 21. They were arrested the same day as primary investigation found them to have "militant links".'

The remaining 12, who returned on different dates, were not arrested, as "detectives did not find their links with militancy in primary investigation", he said. "They are under close observation."

Some officials in the Detective Branch told the paper on the condition of anonymity that the suspects were arrested soon after their return at Hazrat Shahjalal International Airport.

However, Bhorer Kagoj , a Bengali language newspaper said that the 26 were arrested on Dec 21 from a house in Uttara, a suburb in Dhaka.

On Dec 22, a court placed the accused on a four-day remand, and thereafter sent them to jail until investigations are completed, the Daily Star had reported on Dec 27.

However, a report in the New Age paper on Dec 28, suggests the arrests may have taken place a few days after the men's arrival in Bangladesh.

After the men's arrival in the country, they regrouped and 'started militant activities' again, the paper quoted the investigating officer as saying. The men were arrested from a location in Uttara, it added.