SINGAPORE - A 23-year-old Indonesian maid from Lampung, Sumatra, was charged on Thursday (June 9) with having murdered her female employer, Madam Seow Kim Choo, 59, on Tuesday night.

Daryati, who goes by one name, allegedly committed the crime between 8.30pm and 8.45pm at the employer's three-storey semi-detached house at 50C, Lorong H Telok Kurau

The charges were read out to the maid via video link to Changi General Hospital, where she was admitted on Tuesday night with injuries to her head and hands.

District Judge Adam Nakhoda granted the police prosecutor's request for her to be remanded at Changi Women's Prison for psychiatric assessment, upon her discharge from hospital. 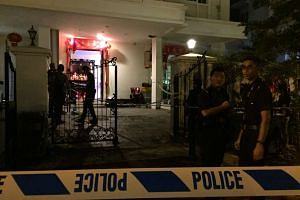 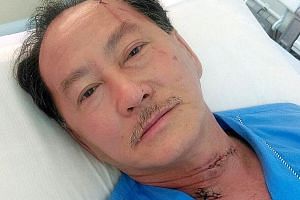 Maid 'had knife in each hand' in alleged attack

The maid had been working for Madam Seow for about two months.

Mr Ong was admitted to Changi Hospital, with injuries to his neck, forehead and leg.

The case will be mentioned again in three weeks on June 29.

If convicted of the charge of murder with intention, Daryati faces the mandatory death penalty.