He had been brainwashed into thinking pop singer Ho Yeow Sun would be "a megastar" like American singer Whitney Houston as her husband, City Harvest Church (CHC) founder Kong Hee, had regularly played up her success.

That was why he had thought the church investments in the financial bonds he had structured to fund her music career were genuine and profitable, former CHC fund manager Chew Eng Han, 57, told the High Court yesterday.

He was one of six church leaders convicted last October of misappropriating millions in church funds to fuel the pop music career of Ms Ho, in a church mission known as the Crossover Project.

The court found that they had invested $24 million from CHC's building fund in bogus bonds used to fund the Crossover Project. Another $26 million was used to cover up the initial misdeed.

Appealing against his conviction and sentence, Chew, who faces six years in jail, said Kong told church leaders Ms Ho would be more successful than pop stars such as Taiwanese singer Jay Chou and girl group S.H.E., and even tipped her to be the "next Whitney Houston". 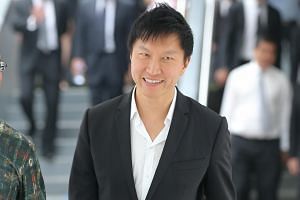 Citing an e-mail in which Kong said they had "a singing diva" in their midst, Chew said: "If she was touted to be the next Whitney Houston, how would she not be a profitable commercial vehicle for us?"

Justice Chan Seng Onn, part of the three-judge panel hearing the appeals, asked Chew: "So you were brainwashed?"

He said if what he did was considered part of a criminal conspiracy, it would have been "the worst thought-out conspiracy ever".

"It looks that way to me too," said Judge of Appeal Chao Hick Tin, to laughter in the courtroom.

Chew also took issue with the decision of the lower court, which had ruled that using the CHC building fund for the Crossover Project was a "wrong use" of the money and, hence, the funds were misappropriated. The building fund could be used for only building-related matters or investment.

But Chew said even if the Cross- over was a "wrong use" of church funds, spending the money on it cannot be considered misappropriation as it was a "church mission".

"No one has deprived the church of the benefit of using the money... As long as the money is applied to the owner's benefit, it is not misappropriation," said Chew.

Meanwhile, lawyer Paul Seah, who argued for the appeal of former CHC finance manager Sharon Tan, said Tan was "kept out of the loop in key discussions", and pulled in only when she was needed "to provide facts and figures".

He did not concede that spending the money on the Crossover Project was a "wrong use" and said that even if it were, "wanting to do something wrong or unauthorised is not the same as wanting to cause wrongful loss".

He said that if the building funds were used instead to hold a Christian rally here - paying for overseas speakers, the rental of the National Stadium and other logistics - it would have been seen as a "wrong use", but the church would have benefited from the thousands converted to Christianity.

Tan, 40, the fourth CHC leader to present her case, faces 21 months in jail, the lightest sentence of the six. Kong and former CHC finance committee member John Lam had argued their appeals on Thursday.