SINGAPORE - The police issued a warning on Tuesday (May 14) about a series of scams involving fake Lazada campaigns taking place on Instagram.

At least 14 such scams have been reported since January this year, with victims being cheated of at least $14,000.

Scammers would pretend to be friends or followers of the victims on Instagram, and would message victims claiming they would help them sign up for a Lazada campaign to win money.

The scammers would ask victims for their contact numbers and photos of their credit or debit cards, as well as the one-time passwords of their bank accounts.

The victims eventually realised they had been cheated after discovering unauthorised card transactions on their accounts.

A Lazada spokesman said on Wednesday that customer safety is the company's top priority, and emphasised that Lazada is in no way associated with the scams.

All of Lazada's campaigns and contests are held only on its website, app, and official social media accounts, he added.

He said: "We would like to remind customers to only conduct transactions on our platforms; never via third-party channels."

The police advised the public to be wary of claims that they have won a prize, especially if they have not participated in any campaign or lucky draw. 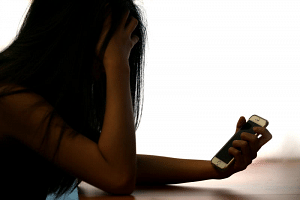 They should beware of unusual requests from strangers, as well as from contacts on social media, the warning said.

Members of the public should always verify such requests by contacting their friends using a method other than the social media platform they received the request on, as their friend's account may have been taken over by scammers.

Finally, individuals should not transfer money or give out personal information or credit and debit card and bank account details to strangers.

Those who wish to provide information on such scams can call the police hotline on 1800-255-0000, or submit it online at www.police.gov.sg/iwitness.