SINGAPORE - The husband-and-wife team behind Kay Lee Roast Meat Joint, which was sold for $4 million in 2014, have been convicted of tax evasion, the Inland Revenue Authority of Singapore (Iras) announced on Monday (Aug 29).

His wife Kong Kuee Chin, 69, was convicted of helping him.

Both Ha and Kong were sentenced to four weeks' jail and each had to pay a penalty of $164,751.45, three times the tax evaded. 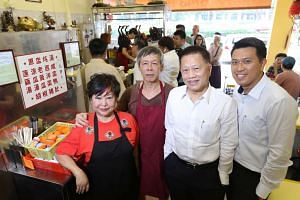 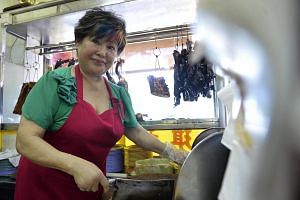 Her luck is in the duck

According to Iras, Kong, listed as the sole proprietor of Wan Tat Eating House, was responsible for recording sales amounts for both Kay Lee and Wan Tat. She would then provide a total monthly sales income to the couple's accountant, who helped prepare their statement of accounts and income tax returns.

Iras said that investigations showed Kong knowingly provided figures to the accountant that were lower than Kay Lee's actual total sales income. For 2011, she said that sales income was $531,924, when it was actually $693,839. The next year, she gave a figure of $665,413 instead of the actual sales income of $829,335.

Ha was responsible for approving the income tax return that the accountant would submit to IRAS. Despite knowing that Kong had provided false figures for Kay Lee's sales income, Ha falsely declared that the figures were correct. As a result, Ha was charged $54,917.15 less on income tax than he should have been for those two years.

The maximum penalty for tax evasion is four times the amount of tax evaded, and jail terms may also be imposed.