All six accused had been found guilty on Oct 21 of misappropriating $24 million in church funds, funnelling them into bogus investments that funded the singing career of Kong's wife, Ms Ho Yeow Sun. Later, a further $26 million was used to cover their tracks.

Judge See Kee Oon said he had agreed with the prosecution's call for general deterrence, but he said he was mindful that did not mean "disproportionately crushing sentences". 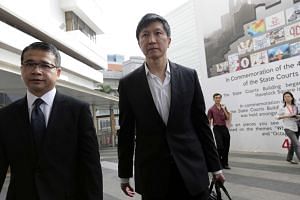 He also highlighted the unique nature of this case - those found guilty did not enjoy personal gain and believed that they were fulfilling the objective of the church. As Kong was the overall spiritual leader and prime mover and driver of the Crossover Project - the church's attempt to use Ms Ho's pop career to evangelise - he should be held most culpable, the judge said.

As for Chew, Judge See said Tan Ye Peng, Wee and Lam all relied on him.

Their sentences will start on Jan 11 next year.

Asked by reporters if he intended to appeal his sentence, Kong declined to comment.

Speaking on behalf of Tan Ye Peng, lawyer N. Sreenivasan said: "This has been a very trying case. He needs to pray, reflect and discern, before deciding what to do."

Wee's husband, Kenny Low, would only say: "We are thankful that we are able to have some time to go back and settle our family and to (think) about what's ahead."

Sharon Tan's lawyer, Mr Paul Seah, said he would have a good chat with his client and look at the judge's statement carefully before deciding on what to do next.

Lam was also unsure if he would be appealing, and said he would have to speak to his lawyer first. "I'm just glad we have cleared this stage, at least the sentence has been passed and we know what we are in for. It's obviously a very difficult time and we want to get the family ready. We have to prepare ahead," he added.

After the sentencing, the church's senior leadership issued a statement on their website and on Facebook thanking the congregation for their support: "We want to thank each and every one of you, our church members, for demonstrating such strength and unity throughout all these years, and particularly in these last few extremely difficult months. We ask you to remember and hold close to your heart the call of God upon City Harvest Church.

"We have learned lately what it means to have faith, trust and rest in God—let us put what we have learned to practice. Let’s band together to fulfill the heavenly calling for us through CHC 2.0."

The statement also asked supporters to pray for the six leaders who were sentenced.

"Let us continue to pray for the six and their families as they prepare for this next step in the legal process. May God grant them grace and the peace that surpasses understanding," the statement added.

Both the defence and prosecution of the case made their final arguments earlier in the morning, ahead of the sentencing of the six church leaders at 3pm.

The prosecution had earlier asked for stiff sentences for all of them. 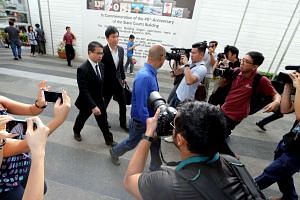 It had recommended a jail sentence of 11 to 12 years each for Kong, Tan Ye Peng, Wee and Chew.

For Lam, the prosecution asked for a jail sentence of eight to nine years, and six years for Sharon Tan.

A maximum cumulative sentence of 20 years could have been imposed on the accused, in addition to a fine.

A queue of about 50 people formed overnight outside the State Courts - the first person had started queueing at 10.30pm on Thursday - as church members turned up in a show of support for their leaders. By 7am, there were about 66 people in the queue.

Production supervisor Sam Lew, a CHC member for the past 15 years, said he was not feeling nervous or worried about the sentencing as he had already prayed about it.

Said Mr Lew, 37: "Of course we are disappointed by the verdict but we do respect the decision of the State Courts. But (I have never wavered) in my trust in the church leaders because I believe in what God is doing in our church."

Chew and Lam were the first to arrive just after 9am. They were followed closely by the other four. Kong, usually accompanied by his wife, arrived alone.

The session began at 9.45am in a packed courtroom, with lawyers for each of the six church leaders taking turns to submit their clients' final oral arguments.

Kong's lawyer Edwin Tong, who was the first to speak, said the sentence meted out to Kong must be appropriate and proportionate. The characteristics of the offender and circumstances surrounding him must be taken into account. 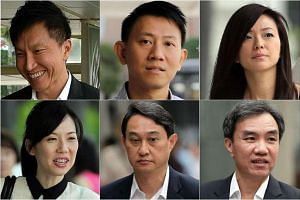 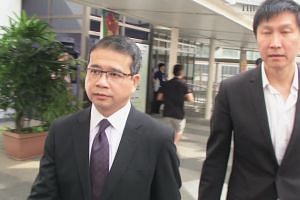 Mr Tong said Kong had shared with the church about the Crossover Project and its members expressed support. Kong's wife, Ms Ho, was also chosen not without their knowledge. He added that the project was without a doubt an integral aspect of the church's evangelism.

Emphasing that all six loved the church and meant no harm to it whatsoever, Mr Tong argued that every cent which was drawn out went to the church and was supported by the church. None of the church leaders benefited from the funds used in a wrong manner.

Mr Tong concluded by claiming that Kong had demonstrated remorse. The length of the trial had taken a toll on Kong, who has aged parents and two deaf and mute siblings who rely on him for support. Kong's 10-year-old son, who was five when the case first came to court, also suffered from the attention received, and had to be withdrawn from school after being evaluated by a pyschiatrist, Mr Tong said.

An excerpt from the letter reads:"Sir, we are the ones who have given, through tithes, offerings and building funds. We are still here. And so are Pastor Kong Hee, Pastor Tan Ye Peng, John Lam, Serina Wee and Sharon Tan. Throughout these past five years, we see them still attending church. Still helping out. Still serving. We see them stand and worship God every weekend, many times with tears streaming down their faces.

"In this whole matter, we believe they wanted to fulfill the Crossover mission and in their zeal, they overstepped certain boundaries. We sincerely ask for leniency on their sentencing. For the sake of their young children, we appeal for them to be spared jail terms."

Mr Kenneth Tan, lawyer for Lam, said his client's involvement was not as extensive as the other five leaders. He was far less culpable as he was just a volunteer who failed to inquire about the questionable use of church funds because of ingrained and misplaced trust in Kong.

Mr Andre Maniam, Serina Wee's lawyer, described his client as a follower who "started out as a girl doing accounts". Wee was not entrusted with any funds and was not on the board at the time of the criminal breach of trust charge. She was also never a pastor, Mr Maniam said. Wee's role was to provide administrative support "with limited involvement".

He added that the job in the church's accounts department was Wee's first job - she had no prior experience in the private sector. Church was Wee's life - in terms of family job, and faith - at a point in time when she was relatively young and inexperienced. There was no evidence of wrongful gain and no permanent loss in funds was intended, Mr Maniam said. Wee and the other five church leaders are not innately bad people, Mr Maniam concluded as he pleaded for leniency on behalf of his client. 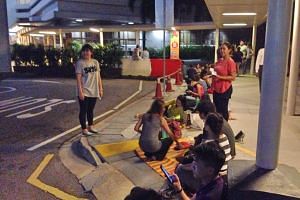 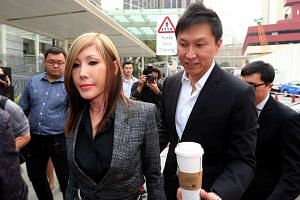 In response, Deputy Public Prosecutor Christopher Ong listed four aggravating factors in the case, chief among them the fact that CHC - as a large registry entrusted with millions in members' donations - had betrayed public trust and the trust of its donors.

The prosecution also found that the offences committed were "premeditated and carefully planned", and they were subsequently covered up with numerous cunning deceptions to avoid detection.

DPP Ong went on to refute the mitigating factors put forth by the defence, stating that the good character of the six accused was not relevant in this case given the seriousness of the offences.

"How much weight can the good character of a shepherd be given if he is also a wolf at the same time?" he said.

The argument that no personal gain was made and that the church did not suffer any losses also does not apply, he added.

On Kong's claim that he was remorseful, DPP Ong said Kong had not actually apologised for his role in the offences, and a confession letter he had tendered was filled with excuses in an attempt to shirk responsibility. In the weeks following the verdict on Oct 21, both the defence and prosecution have handed to the court their written submissions on sentencing.

The defence has told the court repeatedly that the church suffered no loss and the six had not profited from their crimes.

The church leaders have been out on bail and barred from travelling overseas.