SINGAPORE - A 48-year-old man was on Thursday (July 21) charged with the murder of a 31-year-old engineer.

Leslie Khoo Kwee Hock is accused of killing Ms Cui Yajie between 8am and 10.11am last Tuesday at Gardens by the Bay East in Marina Bay.

The charge of murder with intention, which was read out in English, did not state how Khoo committed the crime.

Clad in a dark blue polo T-shirt, the Singaporean appeared expressionless in court.

No plea was taken from him.

District Judge Christopher Goh granted the police prosecutor's request to remand the suspect at Central Police Division for one week, with permission to take him to assist in investigations. The case will be mentioned in court again on July 28. 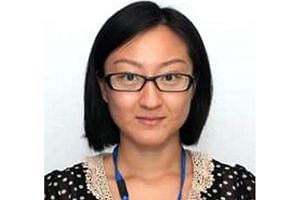 Ms Cui was last seen on July 11 at 9.15pm around Fusionopolis Walk at one-north in Buona Vista.

When she did not turn up for work over the next two days, her colleagues filed a missing person report. The police made a public appeal for her whereabouts the next day.

According to the online post, Ms Cui, who stood at 1.6m, was a cheerful and warm person who made friends easily.

The Chinese national from Tianjin worked at a semiconductor company and had stayed back at work until 9pm the day she went missing.

Police managed to establish the identity of a suspect and arrested Khoo on Wednesday.

At the deserted road near dairy farms, police found what are believed to be Ms Cui's remains. If found guilty of murder with intention, Khoo faces the mandatory death penalty.