SINGAPORE - Blogger Roy Ngerng is taking the witness stand today, the second day of a High Court hearing to assess the amount of damages he is to pay Prime Minister Lee Hsien Loong for defamation.

Mr Ngerng, who is representing himself, completed his cross-examination of Mr Lee over an often heated six-hour session on Wednesday.

Among other things, the two sparred over whether Mr Ngerng, 34, harboured malice when he wrote an article on his blog, The Heart Truths, in May last year suggesting that Mr Lee misappropriated Central Provident Fund (CPF) savings.

The hearing before Justice Lee Seiu Kin, who found that the blogger had defamed Mr Lee last November. Mr Ngerng is expected to give his testimony today, and will be cross-examined by Mr Lee's lawyer, Senior Counsel Davinder Singh.

Mr Ngerng is arguing that he had no malicious intent when he made the post, and so, there is no basis for Mr Lee to demand aggravated damages.

He labelled himself an "unsung, part-time blogger" in his opening statement, in a bid to show that his blog had low credibility, reach and visibility. Hence, Mr Lee's reputation would have "barely been denigrated" by the defamatory post, he said.

The blogger said that his remorse was evident from the fact that he had made at least eight apologies, one of which has been on his blog "for 405 days" as of Wednesday.

He added that it was beyond his control if netizens hyperlinked to, or reproduced, his article on their blogs or Facebook pages. 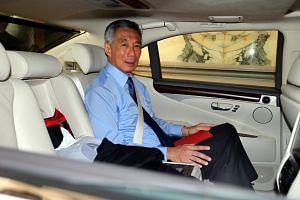 Meanwhile, Mr Lee's lawyers argued on Wednesday for a "very high" award of aggravated damages, saying the blogger's actions stood out for the depth and intensity of his malice towards the Prime Minister.

The case merited higher damages than the $100,000 to $400,000 in precedent libel cases against top government leaders, said Mr Singh, given Mr Ngerng's egregious and malicious actions and continued attacks on Mr Lee. 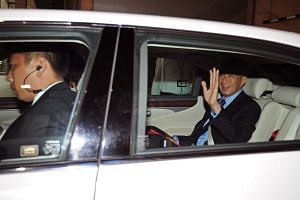 They cited, among others, the viciousness of the libel, how extensively it was republished, Mr Ngerng's conduct, and his continuing attacks against Mr Lee.

"From the very first, the defendant set out to wound... He knowingly and maliciously published a false and vicious libel against the plaintiff to inflict maximum injury. He then cynically capitalised on, and continues to exploit, that libel and the ensuing lawsuit to promote himself as a champion of free speech," Mr Lee's lawyers said.