SINGAPORE - Dan Tan Seet Eng was arrested on Tuesday (Dec 1) night, less than a week after Singapore’s highest court declared that the alleged match-fixing kingpin’s detention without trial was unlawful and set him free.

The police declined to reveal more about his arrest other than releasing a statement at 9.45pm which read: “The police confirmed that they have arrested Dan Tan on Dec 1 for investigations into suspected involvement in criminal activities. Investigations are ongoing.”

When contacted, Tan’s lawyers, Mr Thong Chee Kun and Mr Hamidul Haq, said they were aware of his arrest. Mr Haq added: “We are trying to find the legal basis for the police’s action to re-arrest him.”

The Straits Times understands that the 51-year-old was nabbed at about 8pm at a place where he had been staying since he was let go.

His release on Nov 25 was criticised by former Interpol chief Ronald Noble and world football body Fifa, which said it was “very disappointed” with the Court of Appeal’s decision to free him.

Former Fifa head of security Chris Eaton, who had also lambasted the decision to free Tan, tweeted on Tuesday after finding out about his arrest: “I am pleased that the Singapore criminal justice system continues to work assertively on match-fixing investigations and prosecution.” 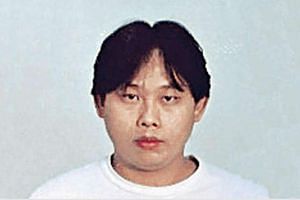 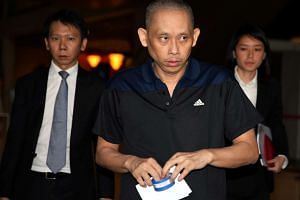 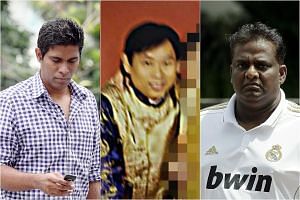 Tan, named by Interpol as “the leader of the world’s most notorious match-fixing syndicate”, has been linked to match-fixing across Europe, Egypt, South Africa, Nigeria, Turkey and Trinidad and Tobago.

He was arrested, with 13 others, in a series of police raids in September 2013. A month later, the Home Minister detained him without trial under the Criminal Law (Temporary Provisions) Act (CLTPA).

But on Nov 25, a three-judge panel that included Chief Justice Sundaresh Menon ruled in a landmark judgment that while Tan may have run an international match-fixing syndicate from Singapore, his activities did not pose a threat to the public safety, peace and good order here.

On Monday (Nov 30), Home Affairs and Law Minister K. Shanmugam defended the use of the CLTPA in Tan’s case, saying his detention had been “on good grounds”.

Tan is suspected of being the leader of a Singapore-based match-fixing syndicate.

In December 2011, he allegedly masterminded the fixing of matches in Italy's Serie A and Serie B. He was also charged in absentia by a Hungarian court in May 2013 for his alleged role in fixing matches there.