SINGAPORE - Police have arrested a man and a woman for allegedly misusing their boarding passes in Changi Airport's transit area last week.

In a Facebook post on Thursday (Sept 22), police said the pair were believed to have entered the transit area on Sept 16 to purchase Apple's newly released iPhone 7.

They apparently had no intention to depart Singapore. Investigations against them are ongoing, the post added.

First unveiled by Apple earlier this month, the iPhone 7 was made available for sale in Singapore on Sept 16. 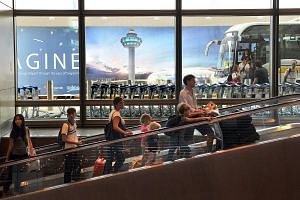 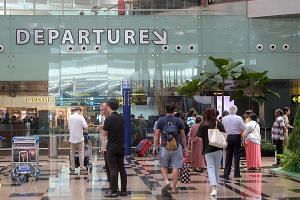 Noting that 15 people have been arrested in connection to offences under the Protected Areas and Protected Places Act since January this year, police also took the opportunity to remind the public that Changi Airport's transit areas are gazetted as Protected Places.

"The police would like to remind all passengers who enter the transit hall with a boarding pass should only be there for the purpose of travelling to their next destinations," it said.

"Those who abuse their boarding pass to enter the transit areas, with no intention to proceed to their next destination, are liable for an offence under the Protected Areas and Protected Places Act."

Anyone convicted under the Act could be jailed up to two years, fined $1,000 or both.