SINGAPORE - Singapore had issued a formal request to Hong Kong for assistance in arresting Malaysian businessman Low Taek Jho in April 2016, but the request was rejected, the Singapore Police Force said on Wednesday afternoon (July 11).

The Straits Times understands that Singapore did not get any response from Hong Kong on the Red Notice since it was published in October 2016.

This clarification came in response to media reports saying that Low, who is at the centre of a global corruption probe in connection with the 1Malaysia Development Berhad (1MDB) financial scandal, and his family were allowed to slip out of Hong Kong to Macau because neither Singapore nor Malaysia formally requested his arrest.

A July 7 South China Morning Post article had said that Hong Kong police have no obligation to arrest, because there was no accompanying formal request from the originating country, even though Low was on an Interpol Red Notice.

But the Singapore police said in a statement on Wednesday the media reports are "untrue".

"We issued a warrant of arrest for Low in April 2016, following investigations and charges against him for offences of money-laundering and dishonestly receiving stolen property," it said. 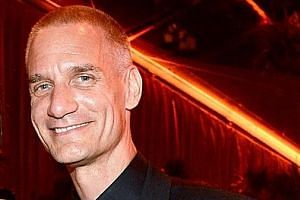 But Singapore's request was declined by the Hong Kong authorities, it added.

Low is also wanted in Malaysia for questioning relating to the 1MDB scandal.

The Singapore police also said that the warrant of arrest against Low remains valid, and that the Red Notice is still in force.

"Low remains a key person of interest to Singapore in ongoing 1MDB-related investigations," they said.

Singapore has been "actively investigating possible money-laundering and other offences pertaining to 1MDB-related fund flows starting in March 2015", Singapore authorities said in a joint statement on June 8.

"Following investigations, at Singapore's request, Interpol published Red Notices in October 2016 for both Low, as well as (close business associate) Tan Kim Loong, who are suspected to have committed offences in Singapore and cannot be located here," they said.

"All members of Interpol, including Malaysia, would have been aware of the Red Notices when they were published."

According to Interpol's website, the agency cannot compel any member country to arrest an individual who is the subject of a Red Notice. Each member country decides for itself what legal value to give a Red Notice within its borders, it said.

Lawyer Derek Kang, a partner at the Singapore law firm of Ho & Wee, said that Hong Kong may have felt that "Singapore's request didn't meet the requirements stipulated in their laws on extradition and mutual legal assistance".

Yeo was described by Singapore prosecutors in court as having "schemed directly with those responsible for this complex web of criminal transactions and activities" involving 1MDB funds.

"Yeo Jiawei had undertaken to provide whatever assistance he can to the authorities, and not just in respect of Jho Low," Mr Kang said.

He declined to say if he had been approached by the authorities after Malaysia reopened the probe.