A total of 107 people have been arrested for suspected involvement in loan-shark activities following a three-day operation.

A police statement yesterday said 71 men and 36 women were arrested in the operation conducted from Monday to Wednesday. They are aged between 16 and 72 years.

Preliminary investigations found that two suspects are believed to have carried out acts of loan-shark harassment by splashing paint and scrawling loan shark-related graffiti on walls.

Twenty-three suspects are believed to be runners who made ATM transfers for loan sharks.

The remaining 82 suspects are believed to have opened bank accounts and given away their ATM cards and personal identification numbers to loan sharks in order to facilitate their unlicensed moneylending business.

First-time offenders found guilty of acting on behalf of an unlicensed moneylender to commit or attempt to commit any acts of harassment can be jailed for up to five years, fined up to $50,000 and get between three and six strokes of the cane. 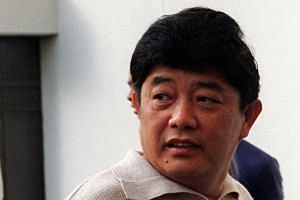 The police said they will continue to take tough enforcement action against those involved in the loan-shark business.

This includes taking action against people who open or give away their bank accounts to aid unlicensed moneylenders.

They remind the public not to reply or respond to these advertisements, and to report the numbers as spam.