SINGAPORE - The ongoing pandemic has accelerated the growth of digital consumption in South-east Asia so much that the current slew of online shoppers may soon hit numbers experts had said would only be reached in 2025.

According to a study by Facebook and consulting firm Bain & Company released on Thursday (Aug 6), the number of South-east Asian digital consumers - those who purchase goods or services online - is expected to reach 310 million by the end of this year.

The same companies had in a report last year forecast that number for 2025.

Ms Sandhya Devanathan, Facebook's managing director of gaming for Asia-Pacific, said: "With five years of digital acceleration condensed into one, the impact of digital adoption on businesses has never been more apparent.

"A lot of what has happened has been helped by the unfortunate pandemic, but there has been an exponential growth in the region nonetheless."

The move to shop online had been spurred greatly by the increasing need for people to stay at home to work, study, play, and carry out essential tasks to stem the transmission of Covid-19, the study found.

The report, which was released on Facebook, said: "Social distancing has paved the way to the home-centric lifestyles as well as commerce with minimal physical contact.

"For many businesses, the only way to secure their future was to establish a robust digital presence."

Mr Praneeth Yendamuri, partner at Bain & Company, said: "2020 has truly been a year of accelerated change."

Conducted online in May, the latest iteration of the study involved a survey of 16,491 respondents alongside interviews with more than 20 company executives from various industries across six South-east Asian nations - Singapore, Malaysia, the Philippines, Indonesia, Thailand and Vietnam.

The study found that South-east Asian consumers were shopping online across more categories, whether it was for clothing, toys, groceries or household appliances, among others.

How Covid-19 is changing what Singaporeans shop for online

Last year, each South-east Asian consumers went online to purchase items from an average of 3.7 categories.

This year, the number of categories grew to 5.1, an increase of 40 per cent.

Most notably, the pandemic had spurred shoppers to go online for groceries more than ever before.

Prior to the pandemic, this category had the least online retail penetration, but the report showed that around 43 per cent of digital consumers said that they bought groceries online this year.

The majority of first-time online purchases made between March to May this year were also found to be groceries.

First-time online purchases were dominated by items such as home furniture and consumer electronics in the three-month period before March.

The growth in average spent per online transaction in the category had also doubled that of last year's figure. This comes as shoppers in the region are spending more money online overall.

By 2025, the study said digital consumers will spend, on average, 3.5 times more than they did in 2018 – outperforming the 3.2 times increase that was forecasted last year. 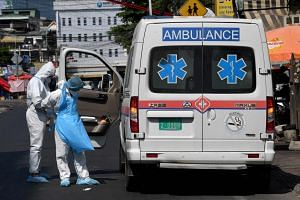