Ministers say Singapore's rights and interests must also be protected

Over the past year, Singapore has preserved its relevance on the international stage and strengthened its reputation as a principled, reliable and credible actor amid the coronavirus pandemic, Foreign Minister Vivian Balakrishnan told Parliament yesterday.

MPs filed 34 questions for the debate on the ministry's budget, with topics ranging from Singapore's contribution to the international fight against Covid-19, to bilateral relations with the country's immediate neighbours and global superpowers.

Here are the updates the office-holders gave on Singapore's relations with its neighbours, as well as key partners and regions.

They noted that while the Republic seeks cooperation with its neighbours and others, it must ensure Singapore's rights and interests are also protected.

Citing a Malay proverb, Dr Maliki characterised the relationship between Singapore and Malaysia as "bagai aur dengan tebing" - that is, like bamboo and the water's edge.

Both are "deeply intertwined" and have maintained good, open lines of communication throughout the Covid-19 crisis, he said.

In the early days of the pandemic, Singapore appreciated Malaysian Prime Minister Muhyiddin Yassin's assurance that supplies from Malaysia would not be disrupted, even with its lockdown.

Both countries have helped each other's citizens return home from overseas.

In the early days of the pandemic, Singapore appreciated Malaysian Prime Minister Muhyiddin Yassin's assurance that supplies from Malaysia would not be disrupted, even with its lockdown. Both countries have helped each other's citizens return home from overseas.

Singapore has also worked with Malaysia to facilitate Singaporeans' travel into Malaysia for essential and compassionate reasons.

It has also helped provide short-term housing for Malaysians working in Singapore.

Dr Balakrishnan said that where both sides have had differences, they have been able to manage them in a calm, rational way, and will continue cooperation in other areas.

Singapore's "deep and multi-faceted" relationship with Indonesia remains strong despite the pandemic, and spans areas such as trade, investment, tourism, security and education, Dr Maliki said.

It was Indonesia's largest foreign investor last year, a position it has held since 2014. Last year, Singapore's investments in Indonesia increased by 50 per cent compared with the year before.

At the strategic level, Singapore and Indonesia have continued discussions on issues such as the management of the Flight Information Region, as well as military training.

The longstanding special relationship between Brunei and Singapore is built on a strategic trust forged long ago, Dr Maliki said.

This is evidenced by the strong defence cooperation between both countries, as well as the currency interchangeability agreement.

More recently, both countries have signed agreements to cooperate on social development, as well as agri-food and agro-technology.

It was the first overseas visit by Singapore political office-holders since Covid-19 restrictions were imposed.

He noted that the cumulative stock of US foreign direct investment in the region is more than US$338 billion (S$450 billion), with approximately 85 per cent of the United States' total investments in South-east Asia in Singapore.

This creates many good jobs here, Dr Balakrishnan said, adding: "You understand why our relationship with the US remains crucial."

He also noted that the US military presence has underpinned regional peace and stability for more than half a century.

As countries that are "same-same but different", Singapore and China have opportunities to learn from each other, and room for mutual cooperation and the exchange of views, Mr Chee said.

And although the strong historical and people-to-people links between both countries mean that Singapore is in a good position to build bridges with China, its value proposition must go beyond Singaporeans' ability to speak Mandarin and understand Chinese culture.

Dr Balakrishnan noted that China remains Singapore's largest trading partner, while Singapore is China's largest foreign investor. Both countries also helped each other during the pandemic.

"When the chips were down on either side... we stepped up and we helped. And that's how you build trust."

Mr Chee said Singapore must not take its current excellent bilateral relations with China for granted, adding that both sides should build on strong foundations and regularly renew and deepen their friendship.

He shone the spotlight on the signing of the Regional Comprehensive Economic Partnership (RCEP) last November - a timely development as the region moves to recover from the economic impact of the pandemic.

The Asean-led RCEP is the world's largest trade pact and comprises all 10 Asean members, as well as Australia, China, Japan, South Korea and New Zealand.

"You will boost confidence in regional trade and investment with the elimination of tariffs for about 92 per cent of goods on average traded among members," Dr Maliki said. "This will encourage greater trade flows and open new opportunities for our businesses and our people."

Innovation, the digital economy and fintech - that is, financial technology - are new frontiers on which India and Singapore must continue to collaborate, Dr Maliki said.

He noted that Singapore was among the largest foreign investors in India for the past several years. Similarly, Indian investments in Singapore increased from $21.9 billion in 2009 to $28.8 billion in 2019.

"We look forward to collaborating with India in other areas of mutual interest, including digital connectivity and artificial intelligence, as well as facilitate our companies' effort at harnessing the huge Indian market," he added.

Singapore is in the midst of establishing the Singapore-Saudi joint committee on economic cooperation, and seeks to enhance political and economic collaboration with partners in the region where opportune, Dr Maliki said. He added that the Government will continue to monitor the Covid-19 situation and assess when it will be safe for Muslims to travel overseas for the haj and umrah pilgrimages.

The minister also noted that Israel and a number of Arab countries have normalised relations since last August, while Qatar restored ties with its neighbours in January this year. "We hope these developments lead to new opportunities for cooperation and growth, and sustainable peace and stability in the region," he said.

Singapore is working to deepen cooperation with emerging markets, including those in Central and Eastern Europe, as well as Latin America. Several large trade agreements are on the table. 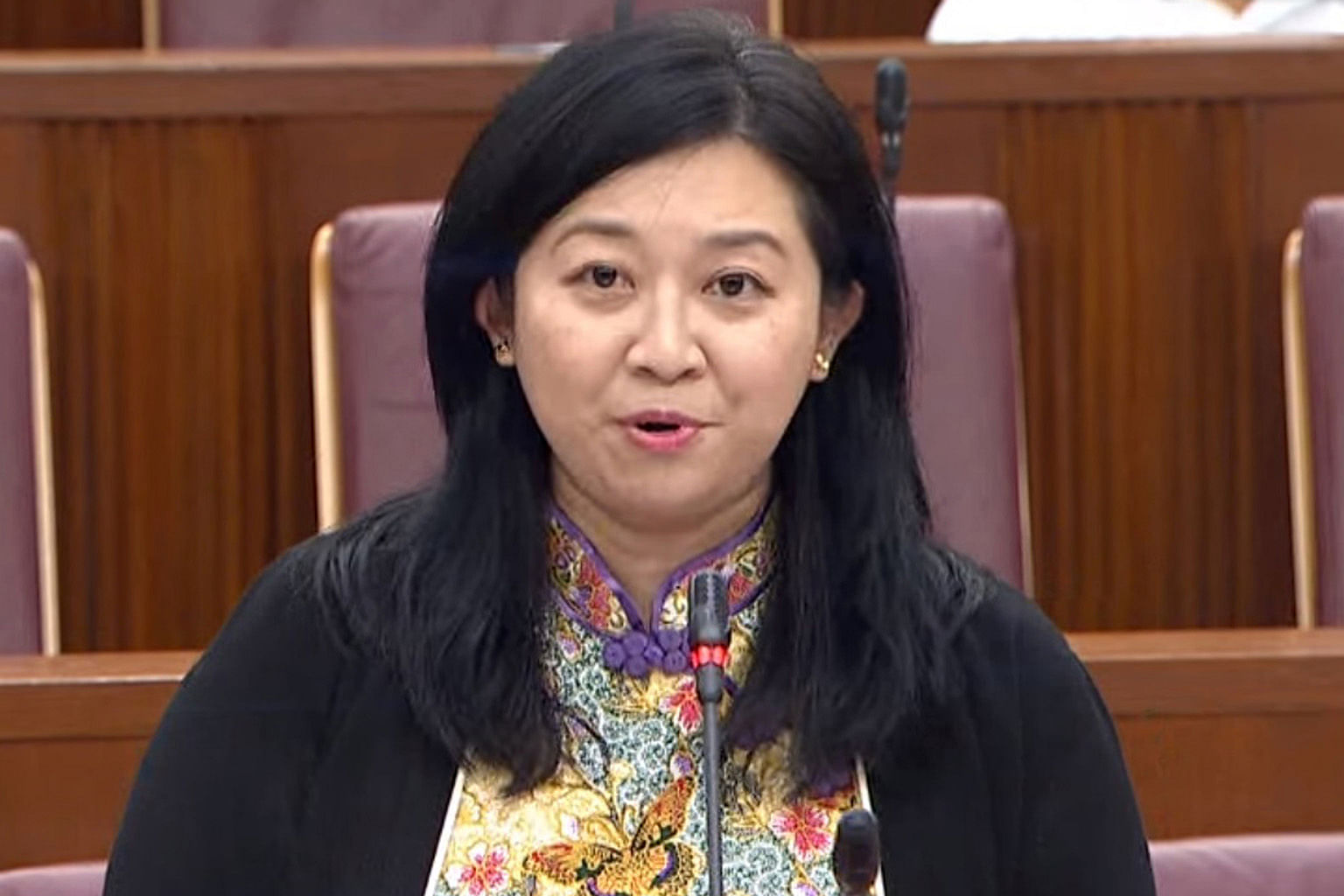 In view of tensions between the United States and China, there should be measures in place to help Singapore firms and the economy remain resilient, Ms Yeo said.

This is because local firms may be affected by the economic impact of these tensions, including possible restrictions on access to markets and the movement of people. 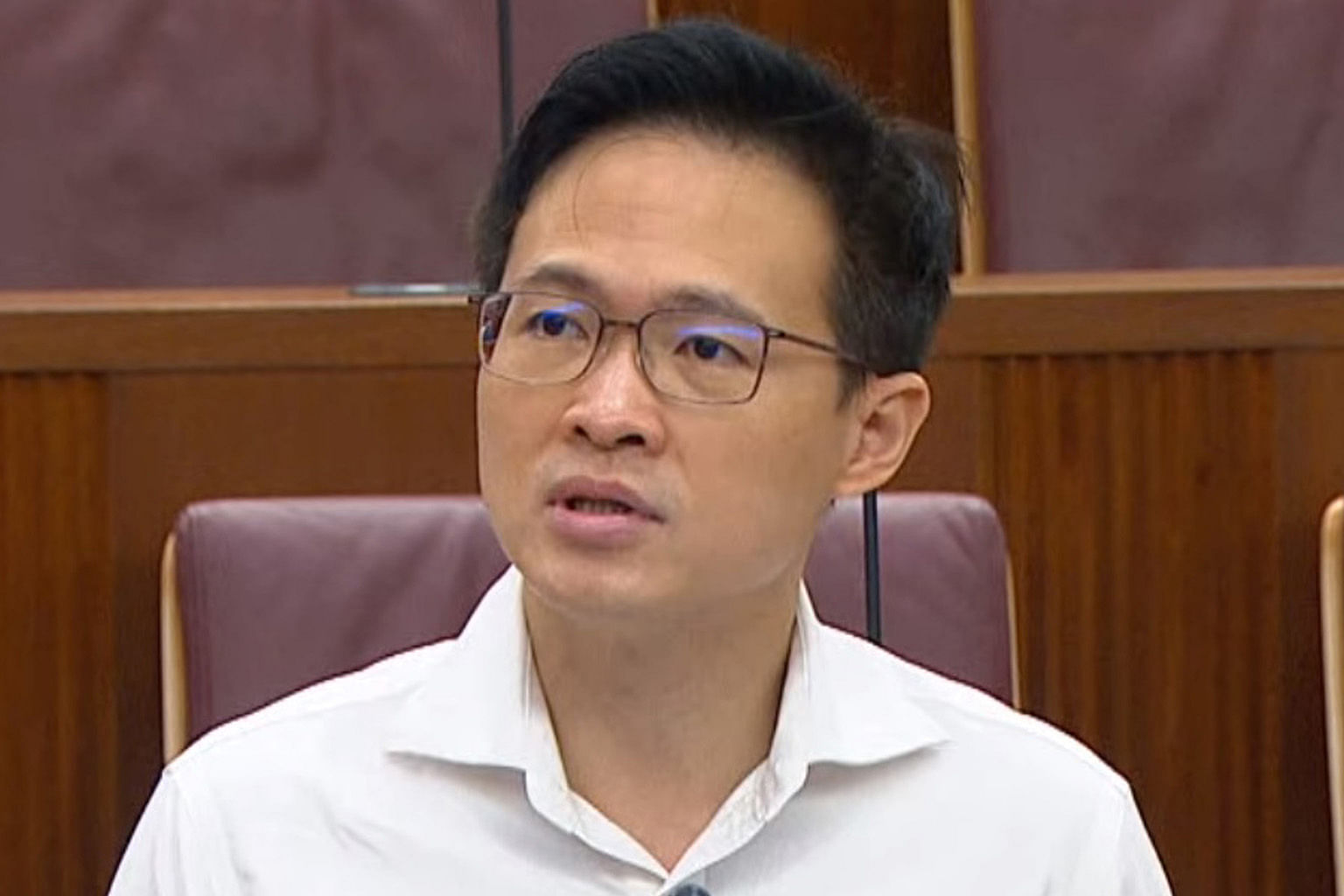 With the strategic balance in the world shifting due to tussles between world powers like the United States and China, the Government will need to continue to engage Singapore citizens on its foreign policy, said Mr Choo.

He noted that the dynamics of international relations are now frequently being played out on social media, and asked for updates on how the Ministry of Foreign Affairs can better help Singaporeans understand bilateral and multilateral initiatives. 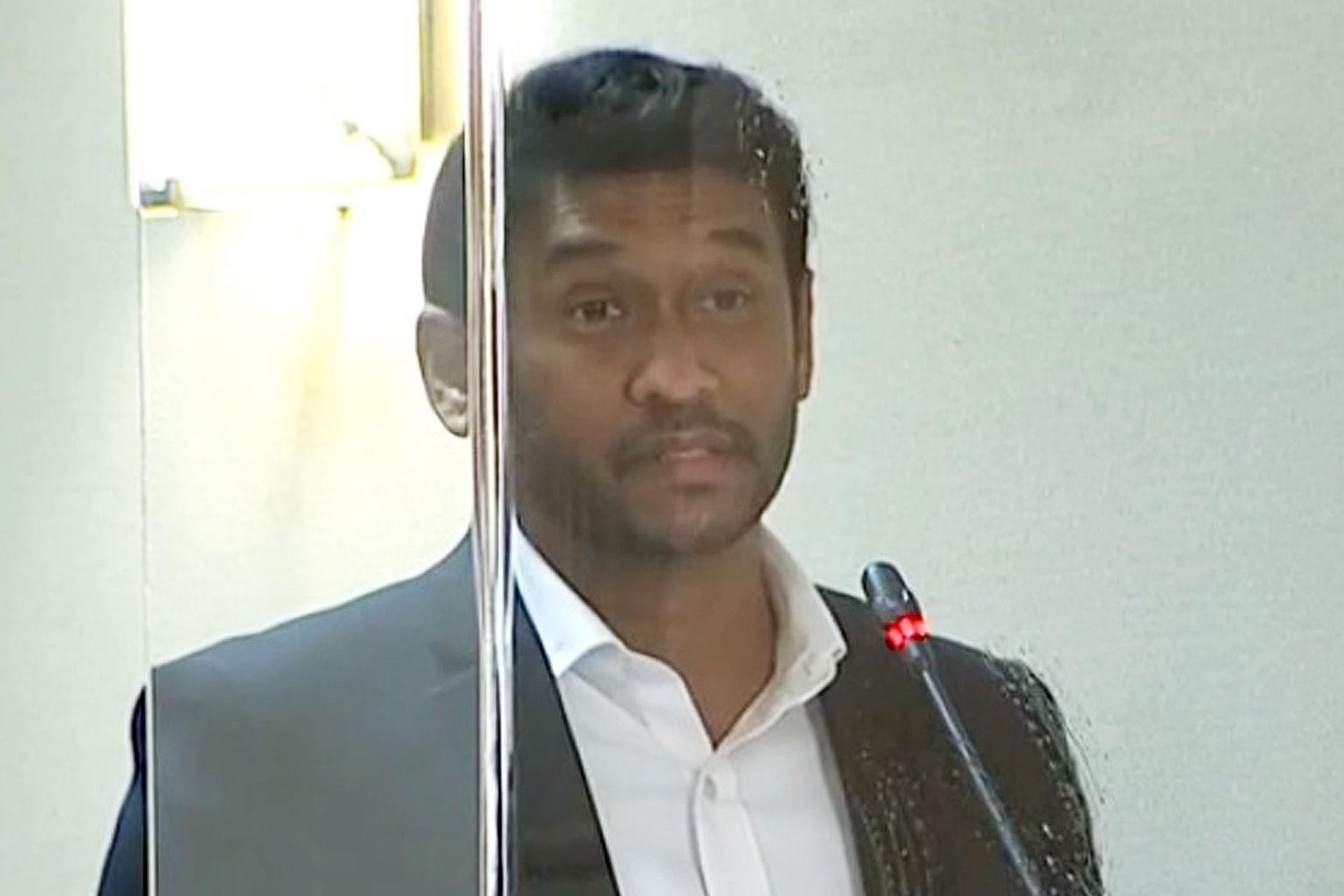 Singapore's foreign service officers have played a critical role in providing consular support and comfort to Singaporeans overseas, amid the pandemic, and many remain in countries where they are exposed to Covid-19 risks, said Mr Thomas.

He asked if there are plans for them to be vaccinated against Covid-19, as well as other measures to protect them against the virus at their overseas missions. 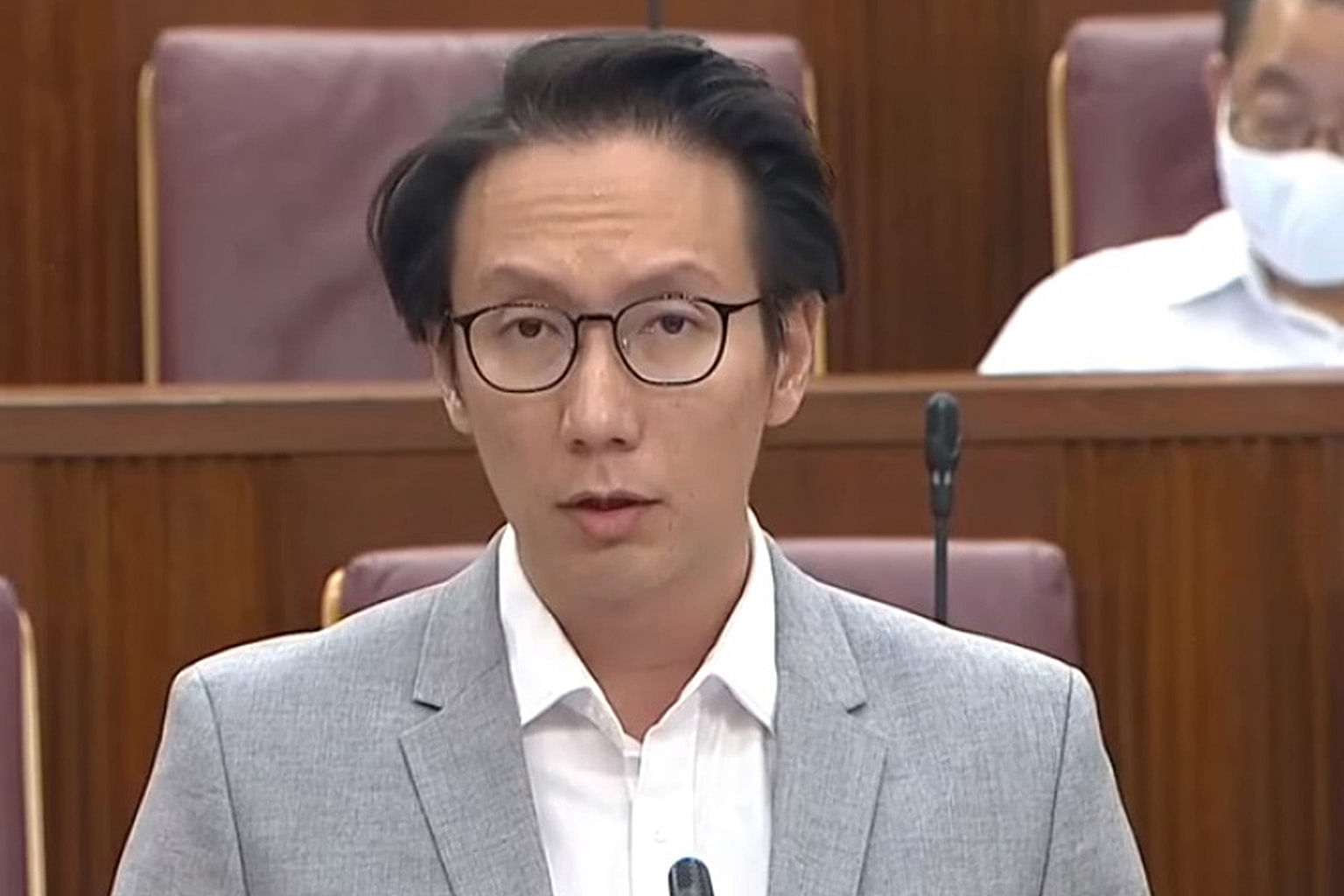 Training courses offered to firms and workers as part of industry transformation maps should include content on supply chains, business strategies and the cultural context of how things are done in Singapore's neighbouring countries, Mr Chia said.

This will help Singaporeans get a deeper cultural understanding of Asean, and help ensure stable business partnerships between local firms and those in countries in the region.