Cooking for royalty, world leaders and all eight of Singapore's presidents?

It is all in a day's work for Mr Wong Shang Hoon, who has been making meals for the Republic's leaders for as long as it has been independent.

Indeed, since the time of Singapore's first president Yusof Ishak, Mr Wong - or Uncle Hoon, as he is affectionately called - has been a chef at the Istana.

In fact, his family lived in the staff quarters as his father worked for Government House - as the Istana was known during the colonial era.

The 78-year-old even recalls being taught how to cook Malay dishes by Mr Yusof's wife, Puan Noor Aishah, including beef rendang and ayam kunyit (tur-meric chicken).

A typical day starts at about 8am for Mr Wong.

The day's schedule and menus would have been provided ahead of time, complete with any dietary restrictions or preferences.

Apart from preparing working lunches and light meals for meetings, Mr Wong and the other three chefs are sometimes also asked to support larger banquets, though an external caterer is usually engaged.

There is also the occasional evening dinner party or barbecue.

Despite the years, Mr Wong still recognises how remarkable an opportunity it has been to serve successive leaders as well as foreign dignitaries such as Thai Princess Maha Chakri Sirindhorn.

With pride, Mr Wong pulled out a newspaper cutting of a 2014 Lianhe Zaobao article during the interview. It featured a photograph of him with Prime Minister Lee Hsien Loong and the Thai Princess.

He had made them popiah for lunch, and in return received an even rarer honour - a birthday song sung in Mandarin by PM Lee and Princess Sirindhorn.

Mr Wong remembers the different preferences of his guests.

"You need experience. Salty, sweet - each boss has different tastes," he said. 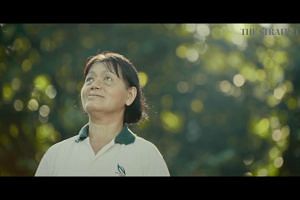 Tending to Istana's sprawling greenery no walk in the park

Roving exhibition takes visitors through sights, smells and sounds of the Istana

However, the boss he served the longest and was closest to was Mr Lee Kuan Yew.

When Mr Wong hit the official retirement age, Mr Lee told him: "If you are still fit to work, you do not have to retire."

And in the end, Mr Wong was one of eight pallbearers who sent off the late Mr Lee from Sri Temasek to Parliament House in March 2015.

Reflecting on the countless dishes and guests he has served, Mr Wong said a person's heart "needs to want to learn".

"I love my job as a chef here. If not, I wouldn't be in it for this long," he added, chuckling.

A version of this article appeared in the print edition of The Straits Times on July 08, 2019, with the headline 'Cooking delicacies for royalty and all of Singapore's presidents'. Subscribe
Topics:
More
Whatsapp Linkedin FB Messenger Telegram Reddit WeChat Pinterest Print Purchase Article Copy permalink