Ex-members, other pastors publicly speak out about church's questionable practices

Former church members and some pastors have publicly questioned some practices at City Harvest Church (CHC), after several of its leaders were found guilty on Oct 21 of misusing church funds.

Senior Pastor of Cornerstone Community Church Yang Tuck Yoong wrote an online note to his congregation, saying CHC's founding pastor Kong Hee had not taken heed of the proverb which says "a good name is to be chosen rather than great riches".

He added that he was grieved many people had "left the faith, backslid, stumbled, or who had been so disillusioned by the whole fiasco".

Kong, 51, was among six church leaders who were convicted of misusing millions in church funds to bankroll his wife Ho Yeow Sun's music career. They are due back in court next Friday for sentencing submissions.

Mr Yang told The Straits Times he got to know Kong when they were both attending the Marine Parade Christian Centre in the 1980s. Kong had assisted him in running the youth ministry at the church, he said.

The duo had disagreed on "theological standpoints" in the past, Mr Yang said. 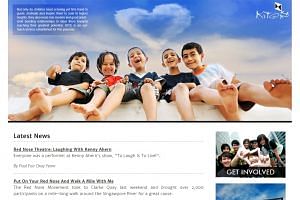 "We've a saying that 'theology breeds methodology', and their position on the Crossover Project might have led to some practices in the church that have now come into question by the courts," he said, referring to CHC's project to evangelise through the music of Ms Ho.

Pastor Aaron Ho from Saint Andrew's Secondary School had written in his blog that trying to evangelise through Ms Ho's controversial music career was "questionable at the very least".

"The principle is this - you cannot compromise the gospel in order to share the gospel," he wrote.

Formers members also told The Straits Times about practices in church, saying they felt compelled to give donations, had their whereabouts constantly monitored by church members, or were pressured into buying Ms Ho's music albums.

One former member, who wanted to be known only as Mr Khoo, said his cell group leaders had questioned him about his monthly allowance because they suspected he was "under-contributing" in his tithes and offerings.

"At that point of time, I was still a student, but I was driving my dad's car - I think they felt I was quite well-to-do," said Mr Khoo, 27, who left the church about three years ago.

Making a donation is a personal choice, he said, adding that contributions were noted on envelopes and tracked by cell group leaders.

CHC preaches the "prosperity gospel", which teaches that one would be rewarded materially and spiritually if they gave financially to God.

Another former member, Ms Geraldine Sim, said she was expected to report daily via SMS to a "mentor" on her whereabouts, and was once told off when she was spotted watching a movie with a male friend.

UNDER PRESSURE TO CONTRIBUTE

At a meeting, we were told one of the cell group leaders had sold his car so he could buy more albums. It was like 'See, our brother, he sacrificed for God'.

The 27-year-old digital content editor related her time in CHC in a blog which was shared widely. She attended CHC for about two years, joining it at the age of 15.

Whenever Ms Ho released a music album, pastors would "encourage" members to buy it, said Ms Sim. She added: "There were extreme examples. At a meeting, we were told one of the cell group leaders had sold his car so he could buy more albums. It was like 'See, our brother, he sacrificed for God'."

"It was an environment where financial contribution was constantly portrayed as a positive thing you do to be a good Christian, and for your own good, to enrich yourself spiritually and financially," said Mr Wee, who left the church in 2009.

When approached, CHC declined to comment. The National Council of Churches of Singapore (NCCS) said many churches encourage regular giving, but "coercion is not helpful if it were true".

NCCS president Reverend Wee Boon Hup said worshippers were free to join other churches if they did not agree with CHC's practices.

He said: "NCCS expects member churches to be responsible in the raising and management of their funds, following accepted principles of governance as required by the Commissioner of Charities."