Concerns have been raised about private-hire car firms buying large numbers of certificates of entitlement (COEs) recently, even as the Land Transport Authority (LTA) said it will continue to "monitor the situation" .

Uber-owned Lion City Rental is believed to have submitted 630 bids, including in the Open category, and succeeded in obtaining 510 COEs - 14 per cent of total successful bids in the three categories. In the previous tender, it secured 270 COEs from 810 bids submitted. 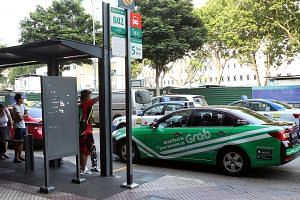 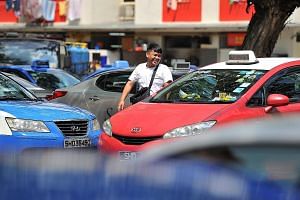 Cabbies talk of love-hate relationship with Grab and Uber

Though most of the approximately 10,000 private-hire cars on the road are older vehicles, in recent months both Uber and Grab have started competing with private car owners for fresh COEs. Pressure on bids may also have come from other private-hire companies such as SMRT's new outfit, Strides.

Mr Lim Biow Chuan, a member of the Government Parliamentary Committee on Transport, said he hoped the Ministry of Transport would come up with more comprehensive rules for private-hire car operators, adding that it would be in the interest of the public as well as existing taxi operators.

"As a car owner myself, I'm concerned about how companies like Uber can impact COE prices," said Mr Lim, who is also Member of Parliament for Mountbatten.

Mr Zaqy Mohamad, who is also on the committee, said it may be time to review the regulations for Category A - for cars up to 1,600cc and 130bhp - and Category B - for cars above 1,600cc or 130bhp - to allow only private individuals to bid. "One person can't fight against a company buying hundreds of cars," said Mr Zaqy, an MP for Chua Chu Kang GRC, adding that firms looking to buy vehicles should be restricted to the Open and commercial categories.

MP for Jurong GRC Ang Wei Neng said the bids by private-hire car services negated the higher supply of COEs and eroded the ability of individuals who may need to buy cars.

The LTA said the availability of private-hire services might reduce the demand for private cars over time. It added that COE premiums are reflective of market supply and demand, and that it would continue to keep an eye on the situation.

Ms Daphne Gan, whose Honda Accord's COE expires next February, is concerned that Uber would drive COE prices up further. "It's not right for them to bid in the private car categories," said the 33-year-old interior designer, who hopes the LTA would remove private-hire cars from the bidding process as it had with taxis in 2012.

Dr Walter Theseira, an economist with SIM University, said that while Uber buying large numbers of cars may raise COE prices in the short term, it was unclear what effect it would have in the long term.

National University of Singapore transport researcher Lee Der Horng supported the call for greater regulation, saying that firms had an unfair advantage over individuals when bidding for COEs.