SINGAPORE - The Competition and Consumer Commission of Singapore (CCCS) is seeking a court order to stop footwear site myglamorous.sg from engaging in an unfair practice known as a "subscription trap".

The competition watchdog applied to the State Courts on Friday (Nov 29) for an injunction under the Consumer Protection (Fair Trading) Act, or CPFTA, against Fashion Interactive (FI), which runs the e-commerce site.

The injunction was also against the company's owner, Mr Magaud Olivier Georges Albert.

A "subscription trap" happens when a consumer is misled into signing up for a subscription programme upon making an online purchase, without being clearly informed of the subscription and its associated fees.

The consumers alleged that they were charged a recurring monthly "VIP Club" fee ranging from $49.95 to $59.95 on their credit or debit cards, without their knowledge or consent.

From the design of the website, consumers were under the impression that they were making a one-off purchase. Details of the membership programme were hidden on the website in fine print.

Case told FI in 2016 to review its online purchasing processes and to make its membership model more transparent to consumers. It also informed the firm of its obligations under the CPFTA. 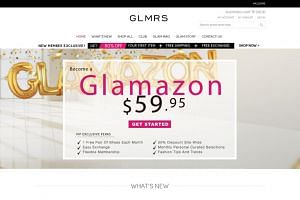 The firm resolved all consumer disputes filed with Case at the time and also promised to fully refund consumers.

But Case continued to receive complaints about recurring membership charges.

In January this year, Case issued a consumer advisory highlighting the complaints against FI and reminding shoppers to read the fine print when making purchases online.

Case executive director Loy York Jiun said that the association had invited FI to enter into a Voluntary Compliance Agreement (VCA) provided for under CPFTA. However, as no agreement was reached with the company on the VCA, Case then referred the matter to the CCCS for investigation.

He said: "Case is heartened that CCCS has applied for an injunction against FI and hopes that this would deter other e-commerce retailers from engaging in unfair practices."

Now that an injunction has been filed against the company and its owner, if they do not cease the unfair practice, they can be charged with contempt of court, which carries a fine of up to $10,000 or up to a year's imprisonment, or both.

When The Straits Times tried to visit the e-commerce site on Friday morning, the site had been shut down. ST has contacted FI for comments.