It started with Haji Lane two years ago, then progressed to Circular Road and even a stretch of Orchard Road for one night every month.

Weekend pedestrian zones are growing popular, with both the public and businesses seeing value in transforming roads into temporary car-free public spaces.

Liang Seah Street in Bugis is the latest to go car-free on weekend nights, in a three-month pilot that began on Dec 4. For the past two weekends, tenants on one side of the street have been setting up tables and chairs in the parking spaces outside their eateries.

Supported by the Urban Redevelopment Authority (URA), the trial follows in the footsteps of successful weekend car-free zones such as Club Street and Circular Road.

Mr Khoo Siow Kiat, who runs the Chong Qing Grilled Fish and Fat Bird restaurants, said business was up by 15 per cent to 20 per cent on the first two weekends of the trial.

"There's more of an atmosphere here now," he said. 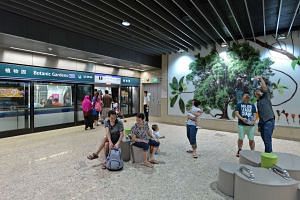 Instead of taking the narrow pavement, his family can simply walk on the road. "It's easy to use strollers too," added the 32-year-old doctor, who has two daughters aged five months and 21/2 years. 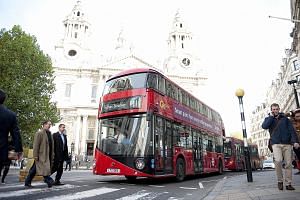 The success of temporary pedestrianisation zones could see more areas go car-free in future, adding to the six weekly zones currently in effect. Said a URA spokesman: "As part of our ongoing efforts to make our city more pedestrian-friendly, we have been exploring regular road closures in various streets."

Mr Alex Yam, who chairs the Government Parliamentary Committee for National Development, said it would be worth looking into increasing such zones, but only if they add value to the streetscape and do not result in inconveniences.

To support ground-up initiatives to turn streets into vibrant public spaces, the URA, through its Streets For People scheme, helps groups apply for the necessary approval from other government agencies. It may also provide items such as safety barriers and up to $5,000 in funding for non-commercial projects.

The Orchard Road Pedestrian Night, which closes off a 660m stretch of road on the shopping strip on the first Saturday of the month, will be held for the next two months.

Orchard Road Business Association executive director Steven Goh said talks on whether to extend it beyond February will be held later.

Mr Saeid Labbafi, chairman of the One Kampong Gelam business association - which represents merchants in the area, including those in Haji Lane, Bali Lane and Bussorah Street - said business is up 20 per cent to 30 per cent, compared with similar periods without road closures. "The closure of these three roads has definitely brought more vibrancy to the area," he said.

From Jan 1, nearby Baghdad Street will also be car-free on Friday nights and from noon to midnight on Saturdays and Sundays.