SINGAPORE - Those who turn to crowdfunding platforms for donations will now have to declare on record that they are aware of fund-raising laws, and will abide by them.

These regulations include giving accurate information to donors, keeping proper records of donations received and using the money for its intended purpose.

The regulations are spelt out in a new Code of Practice for Online Charitable Fundraising launched on Tuesday (Jan 23) by Minister for Culture, Community and Youth Grace Fu.

The code applies to fund-raisers, including charities and the individuals seeking donations, and the online platforms they tap to raise funds.

The Commissioner of Charities (COC) developed it together with four crowdfunding platforms: Give.asia, Giving.sg, Ray of Hope Initiative and SimplyGiving. The four major platforms have committed to adopting the code, which is aimed at boosting transparency and accountability in the charity sector.

The code comes as online fund raising has grown in size and popularity, said Ms Fu.

In 2016, 28 per cent of Singaporeans made donations online, up from 8 per cent in 2014, she said, citing surveys done by the National Volunteer and Philanthropy Centre.

More individuals in desperate situations have been going to crowdfunding sites for help, with some even raising six-figure sums.

Observers say the code is necessary because there is potential for abuse when it comes to crowdfunding. Those seeking funds may end up providing inaccurate or incomplete information about themselves.

In one case, a single mother, who had been receiving Medifund subsidies and had also applied to renew ComCare help, was cut off from government aid after raising $900,000 online last year for ovarian cancer treatment. She was assessed to have sufficient funds after her fund-raising campaign. 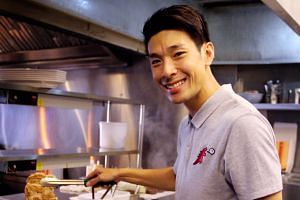 COC gets 25 complaints about fund-raisers annually

New code of practice for crowd-funding sites to be launched in Jan to prevent fraud, boost donor trust

With the code’s introduction, crowdfunding platforms have to assess the legitimacy of an appeal, give regular updates on funds raised and make public the fees they charge, or the cut they get from sums raised.

In calling for co-regulation, Ms Fu said: “Donors must also do their part to hold fund-raisers accountable, by asking questions on the basis of the appeal before exercising their generosity.”

While the code is not mandatory, the COC will conduct audits and reviews to ensure that crowdfunding sites comply with it.

A list of platforms that comply with the code will be published on the Charity Portal – the website of the COC’s office. Serious breaches will also be stated on the website.

Although all fund-raisers have had to follow fund-raising laws even before the code was introduced, observers say some individuals may not have been aware of their legal obligations.

Now, those seeking donations via crowdfunding platforms must complete a declaration stating that they will follow the rules.

A COC’s office spokesman said: “Should there be any cases of dishonesty or fraud involving the platform or the fund-raiser, the COC will investigate and work with the police.”

The four crowdfunding platforms said they have already been following the best practices found in the code, even before its introduction. Giving.sg said that it is implementing the code immediately, even though the target implementation date for the platforms is by the first half of this year.

Ms Cathy Strong, founder of Animal Lovers League, which has raised $44,000 on Giving.sg for a new shelter, said: “The code is beneficial because updating our situation more often helps us show the public the urgency of our situation.”