Children's Day has been celebrated in Singapore since 1961. Primary school pupils get a holiday on the day, which falls on Oct 7 this year.

For many years, it was celebrated on Oct 1, but in 2012, the Ministry of Education decided to move Children's Day to the first Friday of October.

We take a look at the different days and ways Children's Day is celebrated around the world.

Brazil was one of the first to have a national children's day, and the country has been marking it since 1920.

Children's Day in Brazil is Oct 12 and coincides with Our Lady of Aparecida's day, which is the holiday for the country's patron saint.

It is a national holiday for the South American country and children receive gifts from their families on this day. 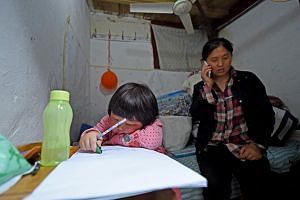 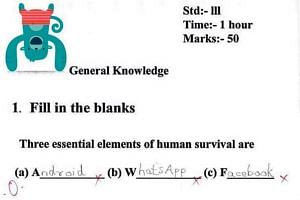 Happy Children's Day: Social media posts about children's homework that bring a smile to your face

It's a day for outings, performances and gifts, and public servants are sometimes given a half day off to spend time with their children.

This date was proposed in 1925 at the World Conference for the Well-being of Children and was adopted by a number of countries, including China.

In India, the birthday of India's first Prime Minister Jawaharlal Nehru, Nov 14, is celebrated as Children's Day each year in memory of his dedication to education and development of young people.

It is celebrated with many activities for the children, teachers at school may put up performances, and children's film festivals are organised for them.

Children's Day on May 5 used to be known as boy's day in Japan. Girls' day was celebrated on March 3. In 1948, May 5 was designated the Children's Day for both boys and girls.

Flags in the shape of a carp are flown in the wind, symbolising a child's determination to thrive despite life's obstacles.

Gifts are given to the children and they are taken on fun trips.

In Thailand, Children's Day or "Wan Dek" is celebrated on the second Saturday of January. In 2016, this fell on Jan 10.

The Government House, military bases and attractions will put on special programmes for children.

Each year, the Thai Prime Minister issues a motto for Children's Day. This year, it was: "Good children are diligent and crave for learning, for a bright future".