James Sim Guan Liang, 39, made tens of thousands of attempts to guess them when he realised some people used their NRIC number as their SingPass password - which also happened to be their username.

Such targeted attacks are only possible if people choose a word linked to their personal information, which may include things that they share through social media. "This could be responses to questions like: Where did one go to school? Such information can easily be retrieved from LinkedIn or Facebook."

This was published last week by password management firm SplashData, which analysed more than 20 million passwords globally that were leaked over the last year.

The list was topped by "123456", "password" and "qwerty" - the first five letters on the top row of a regular keyboard. New entries on the list, now in its fifth year, include pop culture references like "star wars", "solo", and "princess", following the release of the latest Star Wars movie.

Weak passwords are bypassed with software using a "brute force" approach to guessing them. 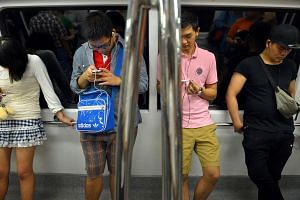 Users may also be tricked into giving up their passwords when they surf the Internet.

"Most stolen passwords are 'lost' through phishing, where the victim is tricked into voluntarily giving up his credentials to a fake website made to look like the real site," said senior research fellow Nick FitzGerald from security software maker ESET Asia Pacific.

But Mr Charles Lim, a senior industry analyst for digital transformation at research firm Frost & Sullivan Asia Pacific, stressed that it is also important for organisations to have strong database security.

Their password database can be hacked into, and the information sold to criminals, he said.

To boost security, passwords should be eight characters or more and include a combination of lower and uppercase letters, digits and symbols. Users should also change passwords often, not use the same password on different sites or use personal information or common words as passwords.

A version of this article appeared in the print edition of The Sunday Times on January 31, 2016, with the headline 'Hacking passwords is as easy as 123456'. Subscribe
Topics:
More
Whatsapp Linkedin FB Messenger Telegram Reddit WeChat Pinterest Print Purchase Article Copy permalink