SINGAPORE - Changi Airport is set for another year of record passenger numbers, with airlines adding more flights to existing and new destinations as they ramp up for the year-end peak travel season.

Close to 130 new flights a week - the highest in at least four years - offering travellers about 26,400 one-way seats from Singapore to 19 destinations, will be progressively added from now until the end of the year. In contrast, airlines added about 90 new flights during the same period last year.

About 80 per cent of the capacity growth this year come from routes within Asia, particularly to secondary cities in China and South-east Asia, Changi Airport Group told The Straits Times.

The growth at Changi Airport comes as the demand for air travel continues to strengthen, particularly in China and India; and also as liberalisation within South-east Asia allows airlines to mount more intra-Asean services.

The arrival of more advanced aircraft like the Airbus 350, has also allowed SIA and other carriers to fly further, more economically.

Even as some of its neighbouring airports are struggling with congestion, Changi is well-placed to benefit from the growth, industry analysts said. Efforts by the Singapore Tourism Board and other stakeholders, have also continued to ensure that Singapore remains an attractive destination, they added.

With the flight additions, Singaporean travellers can, for the first time, fly direct to three cities in northern China: Harbin, Shijiazhuang and Yantai port city.

By year-end, Changi Airport will have links to 34 Chinese cities, served by 13 airlines. Between January and September, Singapore-China passenger traffic grew by 11 per cent year-on-year. 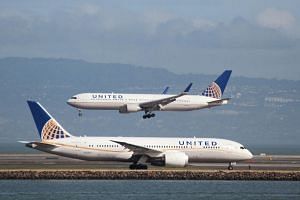 The new flights are based on schedules pre-filed by carriers for what is known as the northern winter season which has started and ends in March.

CAG's managing director (air hub development) Lim Ching Kiat said: "We are pleased that the strengthening of our network to cities across Asia will provide greater choice and convenience for passengers travelling through Changi Airport."

Retail assistant Julie Tan, 29, said: "With so many flights within the region and affordable fares, I can take a nice, short break for about $1,000 in nearby countries like Malaysia, Thailand and Indonesia, with hotel stay included."