SINGAPORE - Century Square will reopen on June 6 after closing for nine months to undergo a $60 million facelift, its operator AsiaMalls said in a statement on Tuesday (May 15).

More than half of the tenants of the mall in Tampines will be new, with more dining options as well as the return of a popular local fashion label.

Home-grown fashion label M)phosis, which shut all of its stores in Singapore in 2015 amid cash flow issues, will be making a return with an outlet at Century Square, AsiaMalls said.

Once considered among Singapore's most successful local fashion brands, with more than 30 outlets in 11 countries at its peak, M)phosis's sudden closure after more than 20 years stunned many in the industry.

It could not be reached for comment at its registered address in Circular Road. 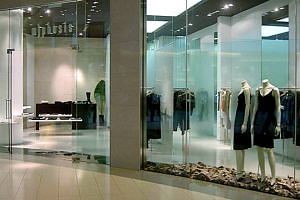 A level of the mall has also been dedicated to families and kids, anchored by childcare centre The Orange Academy and enrichment centre TheLearning Lab.

Apart from a new facade and interior layout, the mall will also feature enhanced amenities such as a new roof deck, bicycle stations with shower facilities, upgraded and larger nursing rooms and mobile phone charging stations.

Said Mr Tan Kee Yong, managing director of AsiaMalls Management:"Shoppers of today are not just looking for a convenient stopover to swing by and pick up necessities... we've reinvented the mall by creating a lifestyle destination where shoppers would want to hangout with their friends and families while experiencing new brands and concepts."

The refurbishment is expected to increase the mall's footfall, AsiaMalls said, as Tiong Bahru Plaza and White Sands, which are also in its portfolio, saw a double-digit jump in foot traffic following their renovations in recent years.