SINGAPORE - Singapore's first cat museum will be moving out of its shophouse location in June.

The lease for the museum on the second storey of 8, Purvis Street, will end in five months, as the landlord has decided not to renew it.

The museum, called The Lion City Kitty - The Cat Museum, Muses & Mansion, will see its last day of operation at the location on June 10, said the social enterprise in a Facebook post on Thursday (Jan 25).

The museum's founder, former Gold 90.5FM DJ Jessica Seet, hopes to find a new, permanent location in the Civic District to restart the business by the end of the year.

"People who are ready to adopt may be ready to go all the way to a shelter, but for most people who may be interested or just curious and having their first interaction with a cat, a centralised location has really helped us," she added.

To afford the down payment for the new location, the museum is appealing to the public to raise $1 million in funds.

The money raised will also go towards funding the museum's adoption centre, education programmes, guiding potential adopters on responsible cat ownership, and plans for collaborations with the Agri-Food and Veterinary Authority to help cats that are captured due to complaints, according to the Facebook post.

The museum currently houses more than 40 cats, including 20 resident cats and 24 cats that are available for adoption.

Since it officially opened in 2015, the cat museum has seen about 60,000 visitors, of which about 10 per cent are tourists, according to Ms Seet. 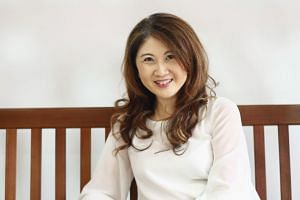 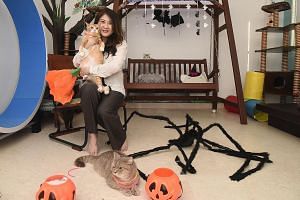 Last September, the museum made headlines when several online sites suggested that the museum and its cats were being evicted by the Ministry of National Development.

However, the museum, which initially took up three floors of the Purvis Street shophouse, was actually forced to downsize after an inspection by government officials.

Meanwhile, the building's landlord also decided not to renew Ms Seet's lease for the third- and fourth-storey units after its expiry at the end of September last year.

"The cat museum has always been a self-sustaining project. We've never had to appeal to the public before," said Ms Seet.

She added: "We hope to be able to restart by the end of the year and are definitely putting every effort to make a comeback."