SINGAPORE - The Canberra ward of Sembawang is the first in Singapore to get a Residents' Network, a new grassroots organisation that aims to serve people living in new private estates as well as public housing.

The Canberra SkyLife Residents' Network will serve residents of the Parc Life and SkyPark Residences executive condominiums, as well as the Sun Breeze Housing Board (HDB) development, all of which are located along Sembawang Crescent.

Currently HDB estates are served by Residents' Committees (RCs) - which were introduced in 1978 - while Neighbourhood Committees (NCs), launched in 1998 to serve private estates.

There are currently 654 RCs and 215 NCs islandwide, with both organising community activities to encourage neighbourliness.

They also serve as a bridge between residents and the Government by collecting and passing feedback on the ground to government agencies to follow up on. 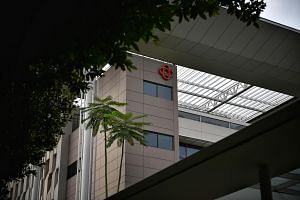 New 'Residents' Networks' a chance for grassroots to rebrand

Neighbours all, condominium or HDB

Mr Lee - who is also the chairman of the People's Association - said the change is aimed at making the grassroots network more effective, and strengthening social cohesion.

Dr Lim - who is also vice-chairman of the Sembawang Town Council - described the difference between RCs and NCs as an "artificial barrier" that separates residents.

The introduction of Residents' Networks would help do away between such barriers between private and public housing, he added.

Dr Lim noted that HDB and executive condominium residents in the area - which has a combined 2,300 households - support the idea of Residents' Network.

"This segregation is not real," he said. "Residents from all walks of life, regardless of housing type, should have a common platform to interact."