SINGAPORE - Junior ministers Josephine Teo and Desmond Lee were promoted to full ministers in a round of Cabinet changes announced on Thursday (April 27).

The changes take place on May 1.

These changes are part of leadership renewal, said the PMO in a statement.

The changes further solidify the core of Singapore's fourth generation of political leaders, which Prime Minister Lee Hsien Loong has been strengthening with successive rounds of Cabinet shuffles in recent years. 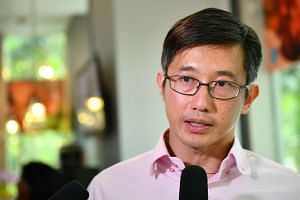 Teo Ser Luck plans to create, invest in start-ups and businesses after retirement from office

Minister of State for Manpower Teo Ser Luck will step down and return to the private sector on June 30, at his request.

Mrs Teo, 48, was first made a senior minister of state in September 2013 and holds three portfolios in transport, foreign affairs, and the Prime Minister's Office.

Mr Lee, 40, is one of the youngest full ministers in recent years. 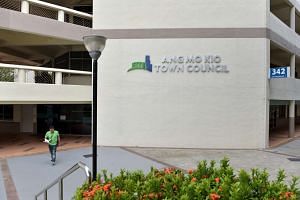 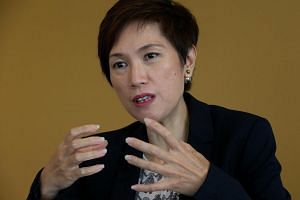 You don't need much space to have sex: Josephine Teo on ‘no flat, no child’ belief

Most recently, he helmed the changes to the Town Councils Act in March.

He is also Deputy Leader of the House, and helps with setting the agenda and the order of business of Parliament.

Before entering politics in 2011, he was an in-house counsel at Temasek Holdings. He had previously been a legal service officer with experience in the Supreme Court, the Attorney General's Chambers and the law and health ministries.

Mr Chee, 43, was a senior civil servant who entered politics in September 2015.

He became Minister of State for Communications and Information, and Health on Oct 1, 2015.

His colleague Dr Janil was a paediatrician before running in the 2011 general election.

The 44-year-old became Minister of State for Communications and Information, and Education on Jan 1, 2016.

On that same day, Dr Koh, 45, was also made Minister of State for National Development and Trade and Industry.

The former colorectal surgeon was elected in the 2015 General Election after an unsuccessful campaign in the 2013 Punggol East by-election.

Minister of State Sam Tan Chin Siong will take on a foreign affairs portfolio, in addition to his current ones in the Manpower Ministry and the PMO.

Parliamentary Secretary for Home Affairs Amrin Amin will be appointed to the Health Ministry, while continuing in the Ministry of Home Affairs.

The PMO said that Mr Teo requested to step down from public office to return to the private sector, and that PM Lee accepted the request.

Mr Teo's retirement will be accompanied by changes in the mayor positions.

Mr Teo will relinquish his appointment as Mayor of North East CDC when his term ends on May 26, while remaining an MP for Pasir Ris-Punggol GRC.

He will be replaced as mayor by Tampines GRC MP Desmond Choo.

The new mayor appointments will take effect on May 27.

Ms Low will be appointed as coordinator for the CDCs.