SINGAPORE - People's Action Party (PAP) politician David Ong, 54, is resigning as the Member of Parliament for Bukit Batok, and from his party, due to personal indiscretion.

A by-election will be held for the single-seat ward, said the Prime Minister's Office in a statement on Saturday  (March 12) afternoon.

The Singapore Democratic Party (SDP) said it will be contesting the by-election.

The statement from the Prime Minister's Office read: "David has worked hard as an MP and served his residents diligently. I thank him for his contributions.

"I intend to hold a by-election in Bukit Batok SMC in due course. In the meantime, Mr Desmond Lee, Senior Minister of State for Home Affairs and National Development and MP for Jurong GRC, will take care of Bukit Batok residents."

When contacted, Mr Ong told The Sunday Times: "I feel that it’s the right thing to do to step down for the best interests of the party, my constituents and family.

"There is personal indiscretion on my part which I deeply regret. I would appreciate if you can give me and my family the privacy to heal and rebuild."

He is believed to have had an extramarital affair with a woman who is a grassroots activist in his ward. She is understood to be Ms Wendy Lim, 41, who works in a logistics firm.

Photographs of her participating in grassroots activities in Bukit Batok and supporting the party during last September's General Election were posted on a Facebook page titled Bukit Batok PAP Woman's Wing. Some showed her with Mr Ong.

Channel NewsAsia reported on Saturday night that the affair is believed to have gone on for at least six months, "and came to light after the woman's husband complained about it".

In a press conference held less than an hour after the news broke, Deputy Prime Minister Tharman Shanmugaratnam told reporters that the PAP's first priority is to make sure that Bukit Batok is in good hands until the by-election.

Although it is a single seat, Bukit Batok is "part of the Jurong family" together with Jurong GRC and Yuhua, he said. That is why Jurong GRC MPs Desmond Lee and Ang Wei Neng - who were also present at the press conference - will be stepping in to help.

Mr Lee will look after Bukit Batok residents and Mr Ang will take over Mr Ong's role as chairman of Jurong-Clementi Town Council, with immediate effect.

Said Mr Lee, who is also Senior Minister of State for Home Affairs and National Development: "My immediate priority is to ensure residents of Bukit Batok will be well taken care of." He said he was in close touch with community leaders and will conduct Meet-the-People Sessions and house visits to listen to residents' concerns.

Mr Ang said he would work hard to ensure a seamless takeover of the town council so that residents of Bukit Batok, Yuhua and Jurong GRC will get the same level of service.

Asked when the PAP found out, Mr Tharman said it was "totally unexpected, very sudden".

"(We were) all taken aback but we will recover," he said, adding that there was a very strong team of grassroots and activists.

As for whether there had been any rumours before the General Election in September 2015, Mr Tharman said: "Certainly not."

SDP secretary-general Chee Soon Juan, in a statement issued on Saturday afternoon, said:  “The SDP looks forward to contesting the by-election that will be called in the constituency.

“We will continue to push for the alternative policies that we advocated during the last GE and we look forward to be the people's voice in Parliament.”

Mr Ong entered politics in the 2011 General Election and was elected as one of the MPs for Jurong GRC.

In the 2015 General Election, his ward was carved out as a single seat and saw a three-way fight between Mr Ong, Singapore Democratic Party candidate Sadasivam Veriyah, and independent Samir Salim Neji.

Mr Ong took 73 per cent of the vote, above the national average of 69.9 per cent.

In his letter of resignation to Prime Minister Lee Hsien Loong, who is PAP's Secretary-General, Mr Ong wrote: "On 12 March 2016, I tendered my resignation as a Member of Parliament to the Speaker. I hereby also tender my resignation as a member of the People's Action Party with immediate effect. I am doing so for personal reasons, and with a heavy heart.

"I am grateful to my Bukit Batok residents for the opportunity to serve them as their MP, and for the strong support they have given me. I have done my best to perform my responsibilities, and deeply apologise for having to step down prematurely. 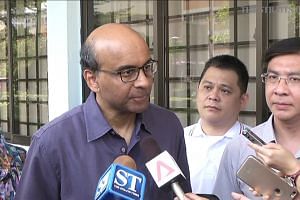 Stepping down due to 'personal indiscretion', ex-MP David Ong says 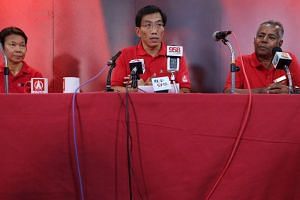 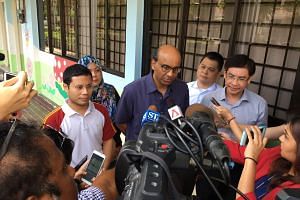 MP David Ong resignation 'totally unexpected' but constituents will be looked after: Tharman 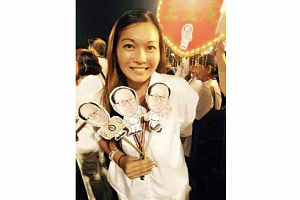 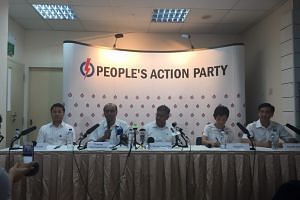 MP David Ong resigns: A brief electoral history of Bukit Batok which will see a by-election 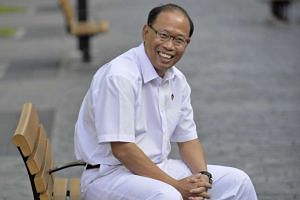 "I also want to express my strongest appreciation to the grassroots leaders and activists of Bukit Batok for their dedication and commitment in working alongside me to help build and meet the needs of the community. Finally, I would like to thank the Party for enabling me to serve Singapore as an MP over the last six years."

His mid-term resignation is the first since 2012, a year in which two MPs in single seats - one from the PAP, one from the opposition - left their respective parties and triggered by-elections.

In February 2012, after rumours of an extramarital affair with a fellow party member, Workers' Party (WP) MP Yaw Shin Leong was expelled from his party.

This left the single-seat ward of Hougang vacant, leading to a by-election in May. The WP held onto the long-term opposition ward, with newcomer Png Eng Huat taking 62.1 per cent of the vote.

In December that same year, then-Speaker of Parliament Michael Palmer resigned, admitting to an extramarital affair with a staff member of the People's Association who had been working in Pasir Ris-Punggol GRC.

The single-seat ward of Punggol East saw a four-way fight in the January 2013 by-election, in which WP candidate Lee Li Lian emerged victorious with 54.5 per cent of the vote. But veteran MP Charles Chong retook the ward for the PAP in the 2015 GE.

PM Lee also posted the statement, Mr Ong's letter, and his letter in reply to Mr Ong on his Facebook page.

In his reply to Mr Ong, the Prime Minister wrote: "Thank you for your letter. I deeply regret that I must accept your resignation."

He noted that Mr Ong had "served diligently as an MP" in Jurong GRC and Bukit Batok SMC, and cited his work in building up a team of volunteers and community partners and introducing programmes to help the needy in his ward.

PM Lee also recognised Mr Ong's speeches in Parliament on issues such as the retirement age and MediShield coverage, and his non-MP roles such as vice-chairman of the annual River Hongbao Festival, President of Basketball Association of Singapore, Patron of the Singapore Brain Tumour Society and Adviser to the Singapore Eng Choon Clan.

"However, having considered the matter carefully, I believe that your decision to resign is in the best interest of your constituents, the Party, your family and yourself," concluded PM Lee.

"I thank you for your contributions, and wish you all the best for the future."

Residents who spoke to The Sunday Times reacted to the news of Mr Ong's resignation with surprise and sadness. They said he was a good MP who was always around his constituency helping residents.

Administrative clerk Madam Lim Soon Hiang, 59, said in the short seven months that her family has lived in Bukit Batok, Mr Ong has helped them solve several problems. He helped write to HDB when some of her family's renovation plans were rejected, and also helped write to Ministry of Defence about her son's NS deferment.

Another resident who wanted to be known only as Mr Leow, 90, said in Mandarin: "It's a pity he has quit. He was a very approachable man, and he would take the initiative to say hello to me. I'm worried about not having an MP, I hope they send someone just as good to take care of us."