For a start, some $19 billion of public sector green projects have been identified for this, he said.

This includes Tuas Nexus, Singapore's first integrated water and solid waste treatment facility in Tuas, which will be ready from 2025.

Tuas Nexus consists of two mega facilities - the Tuas Water Reclamation Plant next to an Integrated Waste Management Facility - which will be managed separately by national water agency PUB and the National Environment Agency (NEA).

Land use is optimised, as the integrated facility saves up to 2.6ha of land, the size of four football fields, compared with building two standalone facilities.

By treating both used water and food waste in the same plant, more biogas can be produced and used as an energy source for the plant. Coupled with other renewable energy sources at Tuas Nexus - including solar panels and the conversion of heat produced by the incinerators to electricity - the plant will be completely energy self-sufficient.

Mr Heng said the issuance of green bonds on public infrastructure projects will serve as a reference for the Singapore dollar corporate green bond market, including the standards and framework applied, and yields achieved.

"As an international financial centre, Singapore can catalyse the flow of capital towards sustainable development, not just in Singapore, but in Asia," said Mr Heng, who is also Finance Minister.

He added that the Monetary Authority of Singapore has been driving Singapore's Green Finance Action Plan to develop green finance solutions and markets for a sustainable economy.

"The issuance of green bonds by the Government will build on these efforts by deepening market liquidity for green bonds, attracting green issuers, capital, and investors, and anchoring Singapore as a green finance hub," he said.

This identification of climate finance as an area of growth for Singapore comes after a robust debate in Parliament earlier this month on a motion calling on the Government to bolster its climate efforts.

Kebun Baru MP Henry Kwek had suggested then that Singapore could, through climate finance and offering carbon services, punch above its weight on the climate change front by helping countries in the region and beyond cut their carbon emissions.

Read next: Highlights of Budget 2021 - From household vouchers to GST on imported low-value goods bought online 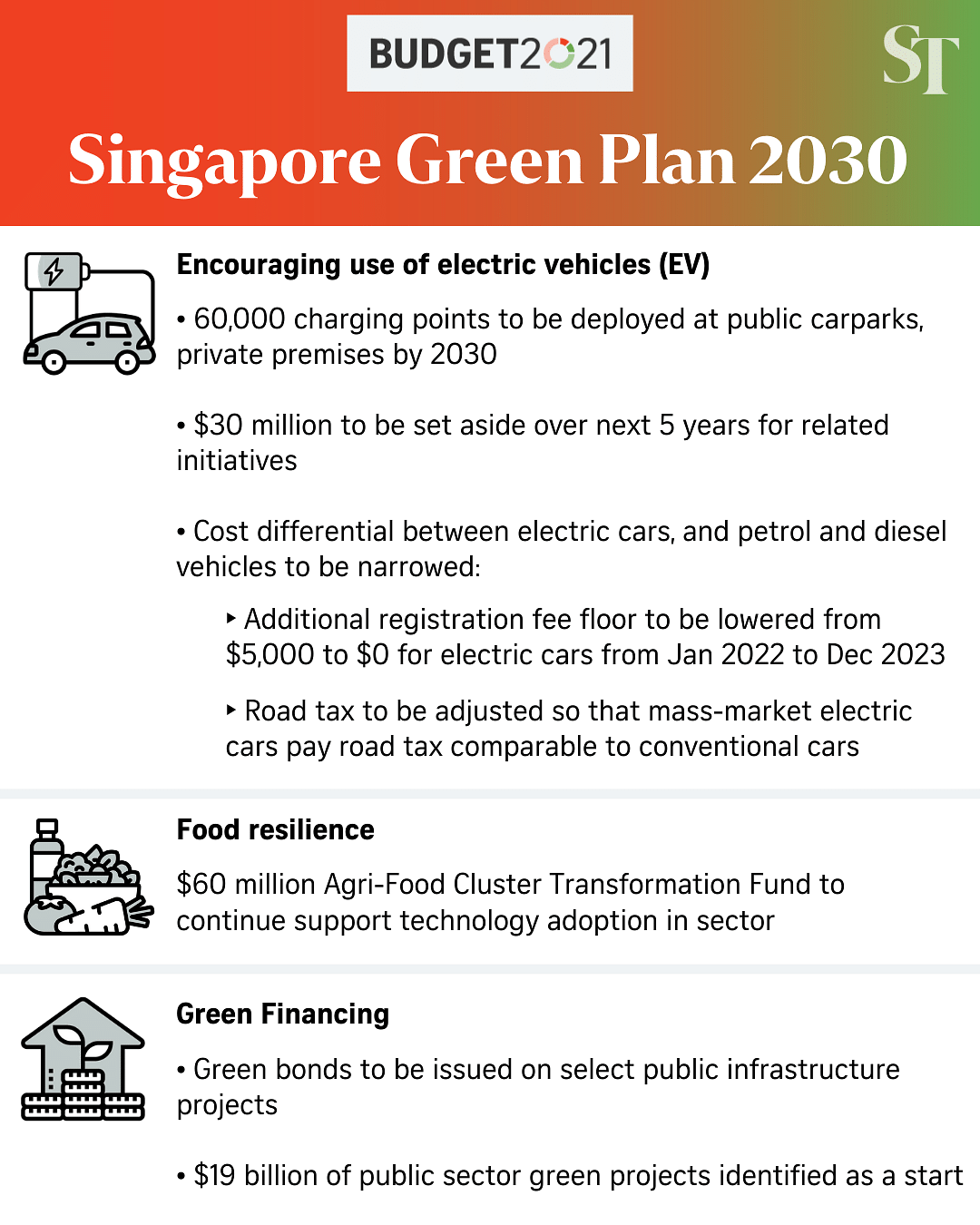