In unveiling it on Monday, Finance Minister Heng Swee Keat will likely also explain why Singapore needs to broaden its sources of revenue, said Mr Liang Eng Hwa, who chairs the Government Parliamentary Committee for Finance, Trade and Industry.

Tax consultants believe the most likely source of additional revenue will be the goods and services tax, which some predict would go up by 1 or 2 percentage points. Last raised in 2007, the GST - at 7 per cent now - is one of the lowest among developed countries.

In past Budgets, the big-ticket items were multi-billion-dollar measures such as the Pioneer Generation Package and Industry Transformation Programme, as well as higher payouts to the less well-off from programmes such as ComCare and the GST Voucher Fund.

"With these long-term plans in place, it is timely to look at how we can finance what we have set out to do in a responsible and sustainable way, so I think this year, the focus will be a lot on that," said Mr Liang.

Singapore has produced overall Budget surpluses in recent years only by drawing on the net investment returns (NIR) framework, which allows the Government to spend up to half of the long-term expected real returns from assets managed by the Monetary Authority of Singapore, GIC and Temasek Holdings. Since Temasek's inclusion in the framework in 2015, the NIR has contributed more than $14 billion annually, making it the largest source of Budget revenue.

It would be prudent to now ex-amine where else the Government has scope to raise revenues, said Mr Liang.

Deloitte Singapore tax partner Danny Koh said the GST rate would likely be raised by 1 or 2 percentage points. "We would propose the Government consider a staggered increase of 1 percentage point at a time, to help lessen the financial impact on the lower-income group in Singapore," he added.

Deloitte's regional managing partner for tax, Mr Low Hwee Chua, noted that the Government has historically adopted targeted measures to help those affected by an increase in GST rates. He cited the distribution of GST vouchers to eligible households, with lower-income families receiving more help. 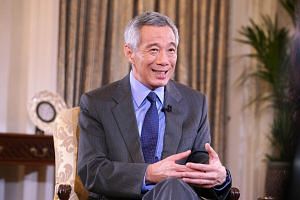 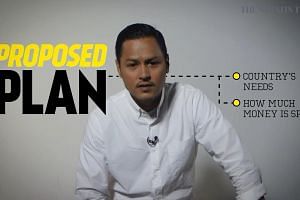 Looking ahead to Budget 2018

Lower-income households spend a greater proportion of their income, and GST is essentially a tax on consumption, he noted, adding: "We believe that if the GST rate were to be increased, the trend of targeted measures is likely to continue."

PwC Singapore tax leader Chris Woo expects measures to make digital transactions like e-commerce purchases subject to GST. Personal and corporate income taxes are unlikely to go up, he added, as it would hurt Singapore's competitiveness in relation to other financial hubs.

Dr Lily Neo, MP for Jalan Besar GRC, noted it is important to maintain a prudent fiscal stance, while still providing ample support to the elderly and less well-off. She thus hopes the Budget will offer more intangible types of help, for instance, by finding ways to connect needy families to assistance schemes run by different ministries and agencies.

"The key is how to spend our money to get the best results possible," she said.

Meanwhile, the Singapore People's Party has called on the Government to ensure an equitable distribution of wealth, so the most vulnerable in society will not get left behind.

In its statement on the Budget on Monday, the party urged the Government not to raise the GST. Instead, it suggested income tax rebates for middle-income workers whose pay has not increased to help offset inflation and the rising cost of living.

Among other suggestions, the party recommended looking at allowing young married couples to rent flats from the Housing Board before deciding whether to buy one, and allocating more resources towards mental healthcare.