SINGAPORE - The Agri-Food and Veterinary Authority of Singapore (AVA) has issued a recall of Mars chocolate products manufactured in the Netherlands and advised those who have bought these products not to consume them.

The affected products were manufactured between Dec 5, 2015, and Jan 18, 2016, AVA said in a press release late Wednesday (Feb 24). Only products labelled as Mars Netherlands are affected by this recall, it added.

The recall comes after the American chocolate giant on Tuesday ordered a massive international "voluntary" recall of Mars and Snickers bars made at its Dutch factory after a customer in Germany found a piece of red plastic in his Snickers bar bought on Jan 8.

Millions of chocolate bars have been deemed possibly unsafe for consumption in 55 countries.

According to AVA, the products affected include Snickers, Mars, Milky Way and Celebrations chocolate.

AVA has checked and confirmed that there are imports of Mars products from the Netherlands. 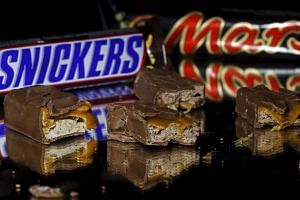 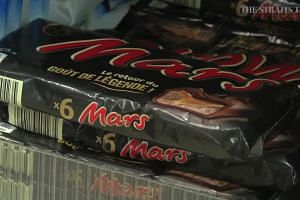 Affected importers in Singapore have been told to remove the products from the market immediately.

Mars said the recall was an "isolated incident and strictly limited, and concerns only the products mentioned".

"This is a very special situation," said Mars corporate affairs coordinator for the Netherlands Eline Bijveld. "At this moment maybe the risk is not that high, but we cannot say this is in line with our quality requirements."

However, Mars still recalled "all products that may be involved, but that's only because we cannot be 100 per cent sure that they are not".