SINGAPORE - Lack of transparency in transactions between related parties at government bodies like the People's Association was flagged by the Auditor-General's Office (AGO) on Wednesday.

Such transactions, involving substantial sums of money, were not carried out at arm's length and were effectively hidden subsidies for related parties, as they were either charged below market rate or not charged at all, said Auditor-General Willie Tan in the AGO's annual report. 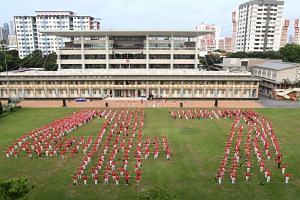 At the PA, the Institute of Technical Education and Singapore Polytechnic, the AGO found inadequate management of conflicts of interest in related party transactions.

The 72-page report on the accounts of all ministries and 13 statutory boards also found that a number of public agencies had been lax in the way they administer grants and handled tenders for contracts and purchases.

The National Library Board (NLB) was rapped for the way it procured electronic resources such as ebooks and databases.

Mr Tan noted that in all seven cases of procurement, the AGO could find no documentary evidence why NLB chose one vendor over another. Its subscription to a e-resource was also renewed twice, even though its evaluators had recommended termination, and NLB's own guidelines found usage too low to justify renewing.

The Ministry of Communications and Information has referred the matter to the police for further investigation.

Checks by the AGO also found that managers of the $1 billion Gardens by the Bay project had awarded over $20 million of contracts through a waiver of competition, without compelling reasons.

NParks cited a tight timeline as the main reason for the waiver, but there was no evidence that the tight timeline was caused by unforeseen events, said the AGO.

"Among other things, NParks had breached the government procurement principle of open and fair competition for consultancy services contracts and there was no assurance that value for money was achieved for the services procured," the AGO concluded.

NParks has acknowledged that it should have called for an open tender instead.

The AGO audits a selective sample of accounts and not all of them. Although ministries are audited yearly, statutory boards come under scrutiny rotationally.

The annual report, therefore, does not reflect the general state of administration in the bodies audited. It instead highlights areas where they can improve, said the AGO.