SINGAPORE - The ultimate objectives of Singapore's foreign policy are to protect its independence and sovereignty, and expand opportunities for its citizens to overcome the country's geographical limits, said Minister for Foreign Affairs Vivian Balakrishnan on Monday (July 17).

He added that as a small country, Singapore has to be friends with everyone, but at times it needs to advance its own interests.

This entails supporting a rules-based global community and speaking up on key issues that affect the country, he added.

Such a global order would be "a more promising system" for small states like Singapore, as it upholds the rights and sovereignty of all states regardless of their size, he added.

"Bigger powers will still have more influence and say, but bigger powers do not get a free pass to do as they please. In exchange they benefit from an orderly global environment , and do not have to resort to force or arms in order to get their way," said Dr Balakrishnan.

He was speaking about the diplomacy of small states at a townhall meeting with about 200 civil servants at the Ministry of Foreign Affairs on Monday. 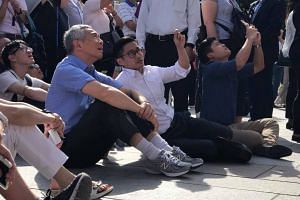 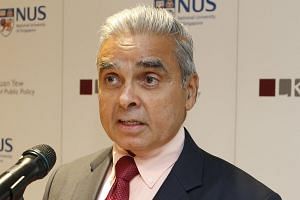 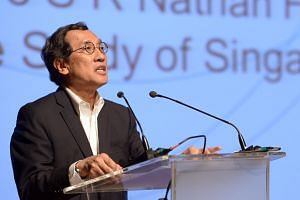 Singapore cannot be cowed by size

Dr Balakrishnan said that though small, Singapore has to stand up and state its position on key issues.

"Whether we are dealing with a key security and economic partner or a large neighbour, Singapore has always stood firm when it comes to our vital interests, particularly where it impacts sovereignty, security and the rule of law," he said.

His comments follow those made by Prime Minister Lee Hsien Loong in Germany last week. PM Lee had said to Singapore reporters after attending the Group of 20 Summit that Singapore had a responsibility to speak up on key issues important to it.

Singapore's foreign policy approach has come under spotlight, sparked by a debate among several academics and diplomats about how small states should behave.

First, it had to have a successful economy, stable political system and a united society, he said.

Second, it needed a credible Singapore Armed Forces to defend the country and ensure that it would not be bullied and become a vassal state.

Third, Singapore must develop "a wide network of relations" based on mutual respect.

The country aims to be a friend to all and enemy of no one, said Dr Balakrishnan.

"This is especially so for our immediate neighbourhood where peace and stability in Southeast Asia are absolutely essential," he said, pointing to how Singapore is a founding member of the Asean regional bloc and a strong advocate of its unity and centrality.

With superpowers and regional powers, Singapore's strategy was to expand its relationships both politically and economically, so the country would be relevant to them and its success in their interests.

"This delicate balancing act is easier in good and peaceful times, but obviously more difficult when superpowers and regional powers contend with one another. Nevertheless, our basic reflex must be to aim for balance and promote an inclusive architecture," he said.

Singapore must also avoid siding with one side over the other, he added.

Fourth, Singapore must also promote a global order governed by the rule of law and international norms.

"In a system where might is right or the laws of the jungle prevail, small states like us have very little chance of survival," he said.

This was why Singapore is an active participant in the United Nations, and the formulation of international regimes and norms, he added.

But Dr Balakrishnan also stressed how the country had to stand firm on its vital interests.

He noted how in 1994, the country caned US teenager Michael Fay for vandalism despite being under great pressure from the US.

And in 1968, Singapore had hanged two Indonesian marines that bombed MacDonald House during Konfrontasi, despite the turbulent regional situation at the time.

These were "episodes that established clear red lines and boundaries", he said.

Lastly, Singapore must also be a "credible and consistent" partner.

He said countries took Singapore seriously because it takes a long term constructive view of issues.

"We are honest brokers, we deal fairly and openly with all parties," he said, adding that Singapore has also helped create platforms for countries with similar interests, such as the Global Governance Group (3G).

However, Dr Balakrishnan also noted that the nature of geopolitics will become more "uncertain and unpredictable", and frictions and difficulties will crop up from time to time.

The task then is to manage this whilst keeping in mind broader relationships, he said.

"We may always be a small state, but all the more reason we need the courage of our convictions and the resolution to secure the long term interests of all our citizens," he added.