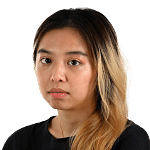 SINGAPORE - In the near future, patients with relapsed lymphoma can likely enrol in a formal clinical trial that will personalise the most effective cocktail of drugs to treat their disease based on calculations done by an artificial intelligence (AI) platform.

This clinical trial rests on the results of a study published on Oct 19 in Science Translational Medicine journal, where eight of the 17 patients who had suffered multiple lymphoma relapses saw significant improvement after they took a cocktail of medication recommended by this platform.

The study was conducted by the National University Cancer Institute, Singapore (NCIS) and SingHealth. Of the eight patients who saw significant improvements, five had their cancer completely eradicated.

Such lymphoma patients typically have a less than 10 per cent chance of improving their condition under conventional treatment plans, and are unlikely to survive beyond a few months, said Dr Anand Jeyasekharan, a consultant at the department of haematology-oncology at NCIS and a principal investigator at the Cancer Science Institute of Singapore (CSI Singapore).

But by identifying the variations, patients’ treatments could perhaps be tailored to their specific cases, he added.

This is where the AI platform comes in, said Associate Professor Edward Chow, CSI Singapore’s principal investigator and the lead scientific researcher behind the development of the quadratic phenotypic optimisation platform (QPOP).

Prof Chow said: “The main thrust of QPOP is, how can you use maths and engineering-based approaches to optimise combinations that affect a disease without knowing everything inside a cell, or an animal, or a human body?”

Cancer cells are extracted from patients and incubated with a set of 12 carefully selected lymphoma drugs in different dosages.

Each drug is then measured for how effective it is when used in different combinations.

These drug permutations may be surprising, said Dr Anand, adding that one of the patients, Madam Peggy Tay, 73, whose lymphoma had relapsed, was recommended a drug cocktail that was only ever used to treat breast cancer. After being put on that course of medication in December 2019, the retired administrator made a swift recovery and remains cancer free to this day.

Dr Anand said: “There is an immense body of research being done on how effective certain drugs are on certain cancers, but it would take a prohibitively large amount of time to conduct clinical trials on all molecular subtypes.

“Artificial Intelligence here then functions like a sieve, which allows for the identification and capture of patterns we would ordinarily miss.”

While the formal clinical trial, expected to begin next year, will take in only patients with relapsed lymphoma, Prof Chow expects the technology to be able to prescribe effective treatments across different cancers and even infectious diseases like Covid-19.

It might even be able to personalise effective treatments according to a patient’s drug budget, he said. “This may allow clinicians to recommend unique treatment combinations taking into consideration anti-cancer drugs that are presently subsidised,” he added.

The Standard Drug List has 600 drugs, including those for cancer, that are currently subsidised in Singapore. Patients taking these drugs may receive 50 per cent to 75 per cent subsidy if they are deemed eligible under means testing.

Prof Chow said: “This added layer of personalisation can help keep drug costs low and, more importantly, give control back to patients on the kinds of treatments they would like to pursue.”