Research has shown that feeding cows a type of red algae seaweed can reduce the amount of methane they release from flatulence and belching by as much as 80 per cent.

Cows have microbes in their stomachs that help them digest their food via a process known as enteric fermentation.

Methane, which is a by-product of digestion, is released into the atmosphere when the cow belches or farts.

Around 70 per cent of methane emissions from agriculture is due to enteric fermentation.

However, when a small amount of a red algae seaweed, known as Asparagopsis taxiformis, was used to supplement the cows' diet over five months, their methane production dropped by 80 per cent. Seaweed consumption accomplishes this by preventing hydrogen and carbon atoms from binding.

In the course of the study, 42.5g to 85g of seaweed were added to the feed of 21 beef cattle. They released up to 750 per cent more hydrogen than before - a result of producing less methane. Hydrogen, unlike methane, has minimal impact on the environment.

The research findings were published in the scientific journal Plos One on March 17.

This builds on the team's initial research on dairy cows, which found that consuming 283.5g of seaweed a day over a three-week period could reduce the cows' methane production by up to 67 per cent.

The larger challenge, however, concerns the viability of scaling up commercial seaweed production to feed the world's one billion cattle. 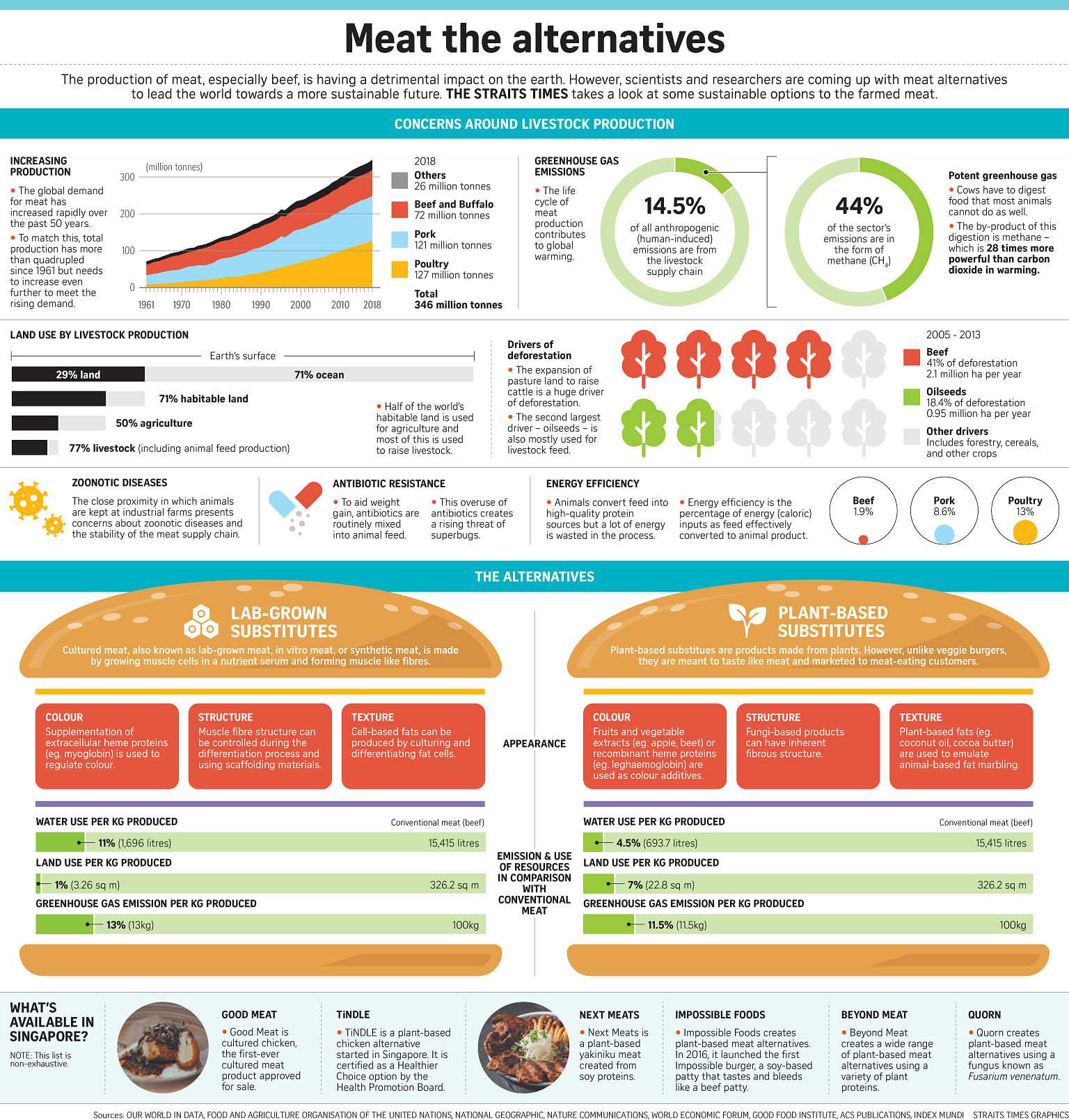 Marine biologist Jennifer Smith from the Scripps Institution of Oceanography at the University of California, San Diego, has been researching how best to grow the seaweed productively in southern California.

Part of her research involves manipulating the concentration of bromoform - a compound found in seaweed which is responsible for interfering with the enzymes that produce methane.

"If we can grow seaweed that is ten times more concentrated in bromoform than what exists in nature, just by manipulating factors such as temperature, light and carbon dioxide - we could be potentially making a superior product," she told The Straits Times.

She noted that various companies in Australia, Vietnam and countries in Europe have been racing to innovate and commercialise seaweed farming to suit each respective country and its climate.

In Australia, for instance, environmental biotechnology company Sea Forest was awarded a A$1 million (S$1 million) commercialisation grant from the government to fast-track seaweed production for use as cattle and livestock feed. Its farm in Tasmania is on track to produce 7,000 tonnes of Asparagopsis for the beef and dairy industries by next year.

Research led by the Commonwealth Scientific and Industrial Research Organisation found that the Asparagopsis seaweed is effective in reducing the methane emissions of cow and sheep by up to 98 per cent when added to their diets.

Mr Sam Elsom, chief executive of Sea Forest, said the grant would fast-track the company's ability to scale and supply the supplement to farms across Australia and globally.

He noted that around 20 per cent of the cow's energy is lost when converting its feed into methane, so reducing methane production would mean less food is needed to grow the livestock.

The company is working with farmers to validate productivity gains for larger herd sizes at commercial farms.