SINGAPORE - Activist Jolovan Wham was found guilty and convicted on Thursday (Jan 3) of organising a public assembly without a permit and refusing to sign his statement at the police station after the event.

The verdict marked the conclusion of his trial which began in October last year, after Wham contested the two charges laid against him in November 2017.

District Judge Kessler Soh found that the prosecution, led by Deputy Public Prosecutors Kumaresan Gohulabalan and Nicholas Wuan, had proven beyond reasonable doubt that Wham, a social worker, was guilty of the two offences committed in late 2016.

Despite being advised by a police officer to apply for a permit for the event, Wham did not do so. The police started investigations after it concluded, and Wham recorded his statement at a police station on Dec 20.

After learning that he would not be given a copy, Wham refused to sign it, Deputy Superintendant of Police Lee Ting Wei told the court.

Defence counsels Eugene Thuraisingam and Suang Wijaya argued that the requirement for a permit breached Wham's constitutional right for freedom of assembly and speech, and that the event he organised did not qualify as an assembly. The defence counsels said it was a discussion of general academic interest and did not seek to publicise any specific cause. 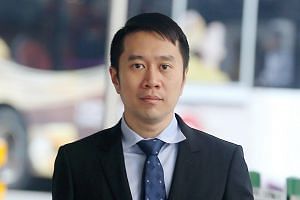 They further argued that Wham was not legally compelled to sign the police statement as it was "self-incriminatory".

However, DPP Kumaresan and DPP Wuan said there was no basis for the argument that requiring a permit would breach Wham's constitutional right.

"The accused's argument that the requirement of a permit breaches his constitutional right to assemble peacefully and without arms is vague and misconceived," the prosecution said in their submission papers.

It was also clearly evident from his event's title that Wham had sought to publicise a cause, said the DPPs. The speakers of his event urged the public to consider the role of civil disobedience and democracy in building social movements for progress and change, the DPPs told the court.

The prosecution also argued that the investigating officer was legally competent to require Wham to sign the statement.

District Judge Soh agreed and said that Wham's refusal to sign the statement was unjustified. He threw out the defence's other arguments.

"I do not find the defence has raised any valid defence," said Judge Soh.

Wham faced four other similar charges, and another count of vandalism. These have been stood down for the time being. He is currently out on bail and will be back in court later this month for his mitigation and sentencing.