91% of ST-SUSS poll respondents see it as way to earn more, get careers they want

The Government is well on track to make good on the promise that Prime Minister Lee Hsien Loong made to young Singaporeans in 2012 - that 40 per cent of every age group will have a shot at education in the local universities.

Back when PM Lee made the pledge, only 27 per cent of each cohort landed a place in the local universities.

It now appears that even the 40 per cent mark falls far short of the aspirations of school leavers and polytechnic graduates.

Of the 1,056 19-year-olds surveyed in the ST-SUSS survey, 27 per cent were already pursuing a degree or already had a place in university. Of the others, 91 per cent said they wanted a degree. The reason for their hunger for degrees - to earn higher salaries, to better compete in the job market and access the careers they want. Only 37 per cent said it was for the status of being a degree holder.

A dozen 19-year-olds - from the junior colleges, polytechnics and Institute of Technical Education - were interviewed further about their higher education plans. All said they hope to eventually head to university. Among this group are national shooter Martina Veloso and School of the Arts graduate Nicholas Papayoanou.

Ms Veloso, who won two gold medals at the Commonwealth Games in Brisbane, Australia, last year, wants to be a full-time athlete while Mr Papayoanou, who played young Simba in the Disney Theatrical Productions musical Lion King when he was just 12 years old, is set on becoming an actor.

They admit that although they do not need a degree to access the careers they want, they are considering various university options.

Ms Veloso, who recently graduated from polytechnic with a diploma in sports and wellness management, said: "I definitely want to be a full-time athlete but what do I do later on in life? Having a degree is a back-up plan... It will give me more opportunities."

Mr Papayoanou, a full-time National Serviceman, plans to pursue a degree in acting or theatre, saying: "I do see the importance. It gives casting directors trust in your work, they know you have been trained and are capable of carrying the workload."

He said having a degree means "you are higher up in the food chain" and you will get a higher salary and climb the ladder faster. About 15 per cent of their parents' generation went to university. But nine in 10 of 19-year-olds want a degree.

Singapore University of Social Sciences president Cheong Hee Kiat said it is good for the young to have high aspirations, adding: "However, what may be missing from their view is how to get what they desire, the many pathways that exist, the right time to do it, and indeed, if success can be assured, only through getting a degree.

"At SUSS, many have found that they can go out, be successful, then come back to finish their degree and, in fact, be able to do it better because of their experience, maturity and clarity about what discipline or area of work they wish to pursue."

He noted the "very high" figure of 91 per cent aspiring towards a degree, when the government is planning on raising it to 40 per cent next year, and added: "There is a need to create more pathways for advancement, and help young people see that success can be achieved without a degree or (getting one) at a later stage in life. That's what I can see is being done and in time, the culture will shift."

"In other words, there is a sense that they want a degree for what it enables them to achieve. From the perspective of labour market performance, this evokes an image of pragmatism that we might have thought the younger generation had lost."

Asked if the Singapore economy can support such a high percentage of graduates, he said there is definitely a greater need in Singapore for workers to keep up with the frontiers of knowledge work.

But he pointed out that it is a two-way street. "How an economy does also depends on how the graduates perform in their jobs. A workforce with deep and broad capabilities can produce the opportunities for expanding high-skilled employment," he said. 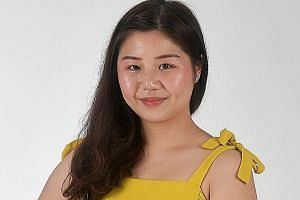 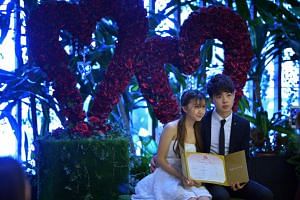 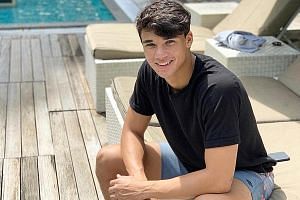 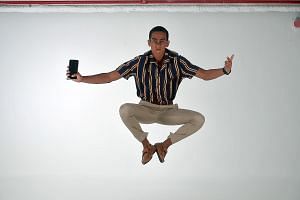 Why they want a degree

A version of this article appeared in the print edition of The Sunday Times on May 12, 2019, with the headline 'A degree? Yes, please'. Subscribe
Topics:
More
Whatsapp Linkedin FB Messenger Telegram Reddit WeChat Pinterest Print Purchase Article Copy permalink