SINGAPORE - An overwhelming majority of Singapore residents support the death penalty, according to a survey by government feedback agency Reach released on Thursday (Oct 6).

The survey found that 80 per cent of Singapore residents felt the death penalty should be retained. A total of 1,160 residents were randomly selected for the survey, which was carried out through the phone.

Only 10 per cent said the death penalty should be abolished and the remaining 10 per cent did not give a definitive answer or refused to answer.

In Singapore, capital punishment is mandatory for offences that include first-degree murder, kidnapping and drug trafficking above a certain quantity. In 2012, Parliament made significant changes to the Penal Code and the Misuse of Drugs Act, changing its policy from mandatory to discretionary capital punishment. 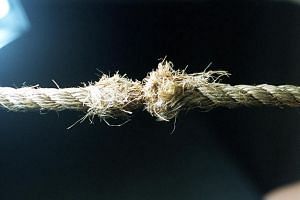 Maintaining the legitimacy of capital punishment in S'pore

Among those those with primary school qualifications and below, 54 per cent support the death penalty.

A majority, or 82 per cent of those polled, agreed that the death penalty is an important deterrent that has helped to keep Singapore safe from serious crimes.