SINGAPORE - Eight in 10 Singaporeans are happy with their work-life balance, according to a survey by recruitment agency Michael Page.

The agency's Singapore Work Happy Survey 2019 looked at different aspects of work and how happy employees are. The firm surveyed 1,328 professionals in Singapore who are of various job levels.

The survey found that 70 per cent of respondents responded to work calls and e-mails outside of office hours. Eighty-four per cent of them said they do so because they have responsibilities that require them to be contactable.

"Work-life balance is an essential consideration for all professionals in Singapore. Success at work is now defined by what you can achieve both in and out of the office," he said.

On whether employees are always "on" at work, the survey found that 59 per cent chat on messaging apps with family and friends, while 46 per cent spend time talking to colleagues on personal matters. 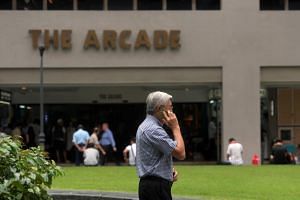 Thirty-one per cent of those surveyed also spend time at the office searching for information for personal reasons, while 25 per cent use social media and 20 per cent send personal e-mails.

But employees are still largely productive, with 91 per cent spending less than an hour a day on personal matters while in the office.

On the issue of work connectivity, 86 per cent of respondents said they have received a device from work, and the type of device included laptops (47 per cent), smartphones (30 per cent) and tablets (9 per cent).

Twenty-nine per cent said they also used these devices for personal matters.

On how much time people spend on the work commute, 90 per cent said they spend an hour or less travelling to work daily.

Forty-six per cent of respondents said they regard the commute to work as an important factor when considering a new job, signalling that office location could play a large part in whether or not a job offer is accepted.