Their wedding packages total $130,000; 35 police reports have been lodged

At least 76 couples with wedding packages amounting to more than $130,000 have been left in the lurch after the abrupt closure of bridal salon Sophia Wedding Collection, which has been in business for more than 10 years.

As of 6pm yesterday, the Consumers Association of Singapore (Case) has received 76 complaints against the company for failing to honour contractual agreements. The highest contract value among the cases lodged with Case was close to $8,000.

The Straits Times understands that about 35 reports, involving more than $130,000, have been lodged with the police. 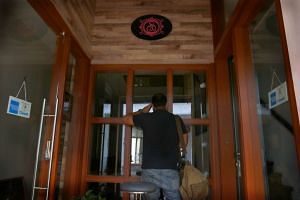 Other businesses selling prepaid packages that shut down without notice

Victims said they could not reach the owners by phone and the shop in Amoy Street had been shuttered and cleared out since Saturday.

Photography studio 50 Media, a vendor of Sophia Wedding Collection, assured couples in a text message on Sunday that it will continue with their "unfinished albums". But this arrangement applies only to couples who took their wedding shots with the studio between Aug 6 and Sept 31, said its spokesman on Sunday. The company said it will contact the affected customers.

In the text message, the spokesman said the photography studio will continue its service out of "goodwill" even though the bridal salon still owes it money.

Executive director for Case Seah Seng Choon urged customers to buy insurance when they sign up for pre-paid packages. "Consumers cannot assume that businesses will be around forever," he said.

The consumer watchdog said the number of complaints against bridal studios has been on the rise since 2010, when it received 15 complaints. So far this year, Case has received 21 such complaints - the same number as the whole of last year. In 2013, it received 10 complaints. The numbers do not include the abrupt closures of wedding salons, said Case.

Complaints include not delivering video montages as promised, offering fewer photos than promised and poor-quality gowns.

A search with the Accounting and Corporate Regulatory Authority showed that the directors of Sophia Wedding Collection are Chen Hui Chin, 47, and Tu Chuan Yu, 37. Another search showed that the latter used to be 50 Media's director until Mr Gary Wong, 31, took over in August.

When The Straits Times visited the salon's former office in Tanjong Pagar Road yesterday, its mailbox was full and had letters from two law firms addressed to Sophia's directors dated from early last month.

In Amoy Street, a neighbour who declined to be named said he last saw the duo last Friday, a day before they disappeared. He did not see them moving out when he left that night. "Everything was normal," he said. He added that he did not know the owners well as they moved in only a few months ago.

Some industry players say the closure of the relatively well- known bridal salon reflects the mounting pressures they faced.

"The market has become saturated with the opening of more and more bridal boutiques and Taiwanese companies have also been coming here," said Mr Jonathan Goh, director of wedding consultancy Wedding Acts.

But Mr Tony Goh, manager of wedding services provider Suite Success, said the latest case is an isolated incident. "The bridal studios we work with have always been prompt with payment or services rendered," he said.

Affected customer Cheryl Poh, 25, a customer service coordinator, and 10 others lodged complaints at Case and the Small Claims Tribunal yesterday. She paid $2,800 up front for a $3,688 package that included a local pre-wedding photo shoot, bridal wear rental and photography services for her wedding in December.

Ms Poh said: "At least (the court) can schedule a court hearing, but whether or not the owners turn up is another matter."

Correction note: An earlier version of this story said that Mr Seah Seng Choon was the president of Case, when he is actually the executive director. We are sorry for the error.